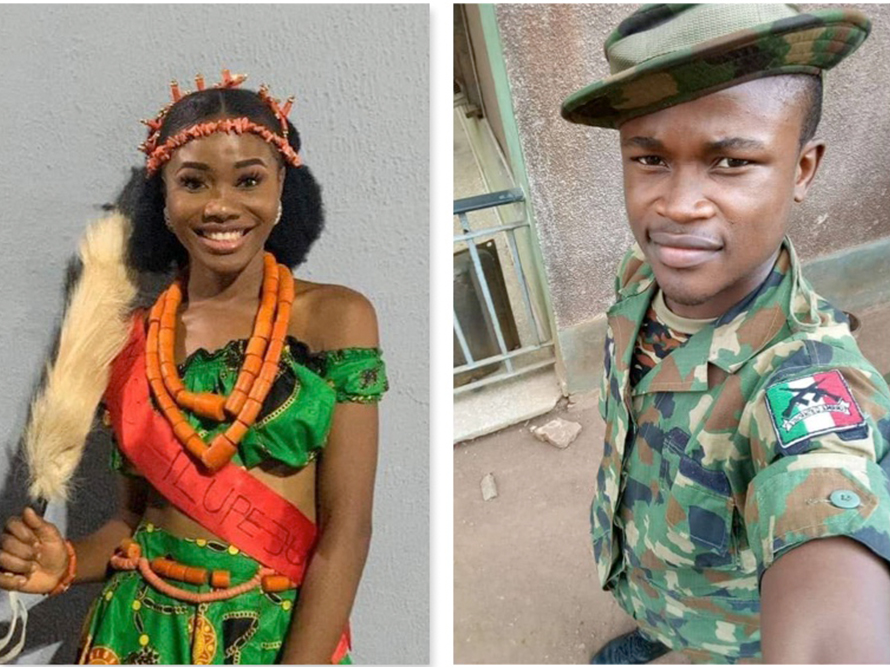 Following the mysterious murder of a Niger Delta University undergraduate, Jennifer Ugadu, the Nigerian Army has launched a manhunt for a soldier accused of her murder.

WuzupNigeria reported that the decomposed body of Ugudu, a 200-level undergraduate of NDU, was recently discovered by the police in Bayelsa State days after going missing while all fingers pointed towards her lover, James Matol, who is said to be a soldier.

However, The PUNCH, reports that a manhunt has begun for Matol who has since gone into hiding.

This is according to a statement released by the Director of Army Public Relations, Brig. Gen. Onyema Nwachukwu, titled, ‘Alleged killing of a student by a soldier in Bayelsa under investigation.’

According to the statement, the NA commiserated with the family of the deceased woman and condemned the “barbaric act.”

“As an institution that is accountable to the people, the Nigerian Army would ensure that justice is served. The Nigerian Army has taken the allegation seriously and a joint investigation has commenced, while effort to profile and ascertain the true identity of the suspect is ongoing.

“The Nigerian Army, being a professional and disciplined organisation, will continue to uphold and respect the fundamental human rights of citizens as enshrined in the 1999 Constitution of the Federal Republic of Nigeria.

“Members of the public are rest assured that details of the investigation will be made public. The Nigerian Army also wishes to reaffirm that as a force with zero tolerance for any form of criminality, such allegations will not only be investigated, but the culprit will be made to face the full wrath of the law,” the statement said.