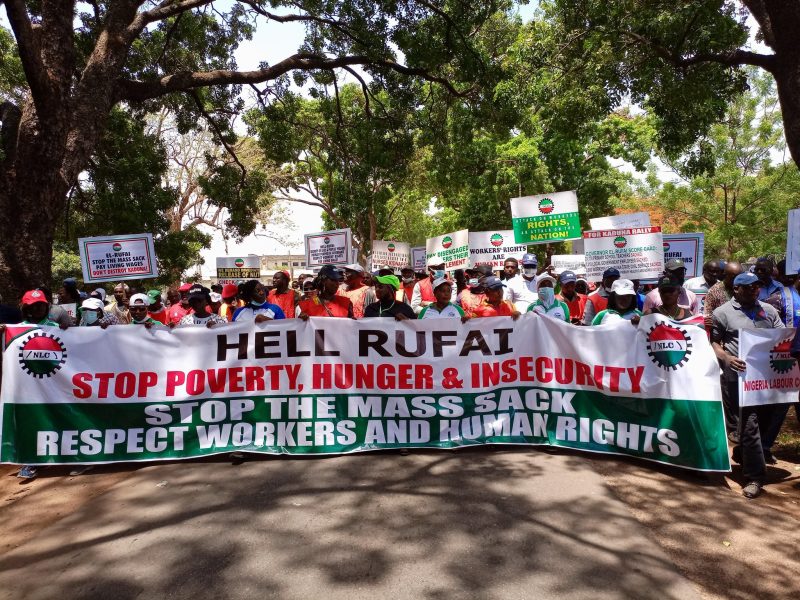 About 100 armed thugs have reportedly invaded the premises of the Nigeria Labour Congress (NLC) in Kaduna State.

According to Daily Trust, the armed men have occupied the secretariat, which is the meeting point of protesters partaking in the ongoing 5-day warning strike.

The thugs were, however, stopped by a police detachment as about 20 of them were arrested.

Confirming the arrest, the Police Public Relations Officer in the state, ASP Muhammad Jalige, said security personnel have been deployed to avert the breakdown of law and order.

Ignoring the attempt to deter them, protesters continued on and converged at the secretariat, chanting, “No retreat! no surrender!”