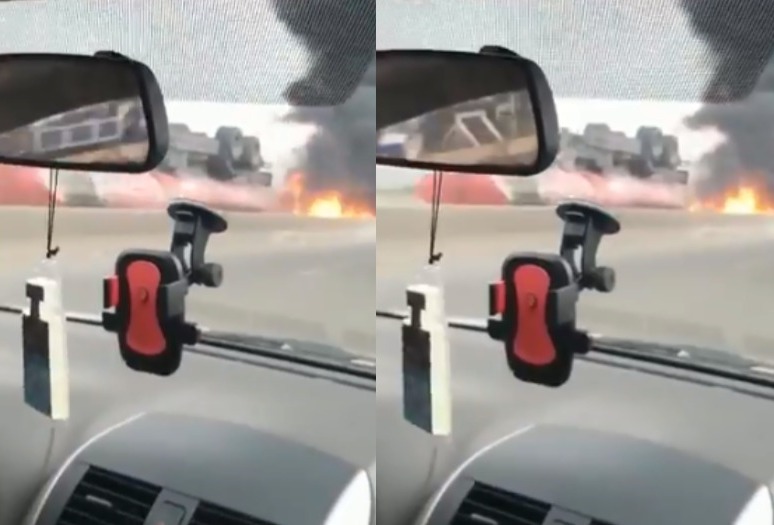 Another fuel tanker has gone up in flames along the Lagos-Ibadan Expressway on Friday morning.

According to a Twitter user, Jojo Amiegbe, who shared the video of the burning tanker on the social media platform, the tanker was burning just before Redeemed Camp on the Lagos-bound traffic side of the road.

In the video, the presence of emergency services was not seen and it could not be ascertained yet if there were casualties in the inferno.

READ ALSO: Farmers have sex more than any other profession, journalists are least – Survey

This is the third fire incident involving tankers this Friday.

If you’re driving on that route, best be careful.