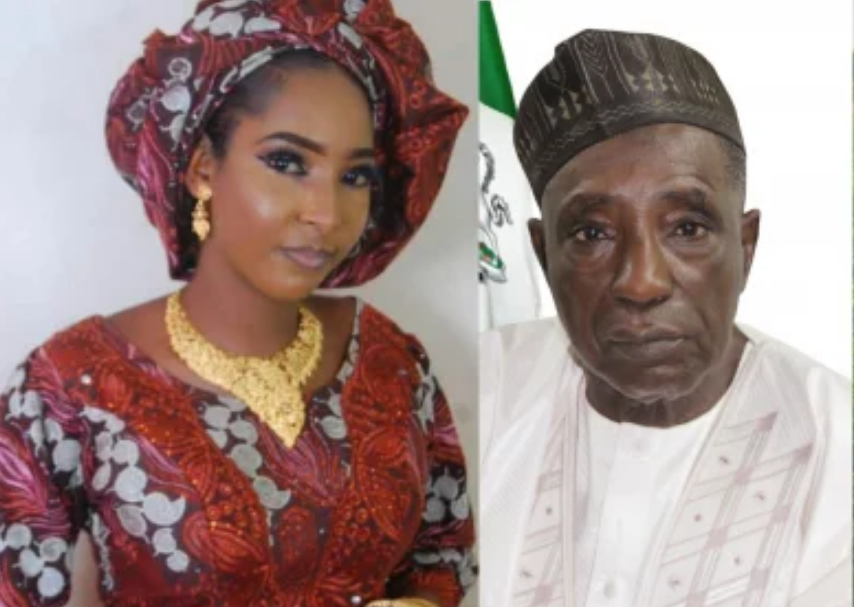 The Minister of Agriculture and Rural Development, Mohammed Sabo Nanono, has reportedly married an 18-year-old lady.

It was gathered that Nanono got married to the teenager who has been identified as Rakiya, in a secret wedding held on Saturday, April 3, in Jere Town, Kaduna State.

Further details about the event had it that three minister representatives were in attendance at the ceremony.

It was reported that the 18-year-old senior secondary school leaver has settled in his Tamandu close residence in Kano.

Daily Nigerian, which quoted an unnamed family source, said, “The minister only assigned three people and warned them against disclosing the details of the marriage to people.”

The source further stated that his family was not in support of the wedding but the minister insisted on marrying the girl despite the 50 years age gap.

“The minister is madly in love. He appeared unstoppable,” the source added.

The gunmen attacked the police station around 1 am on Thursday and freed suspects detained in custody in the police facility.

Lawmakers consider Bill to permit wearing of hijab in military