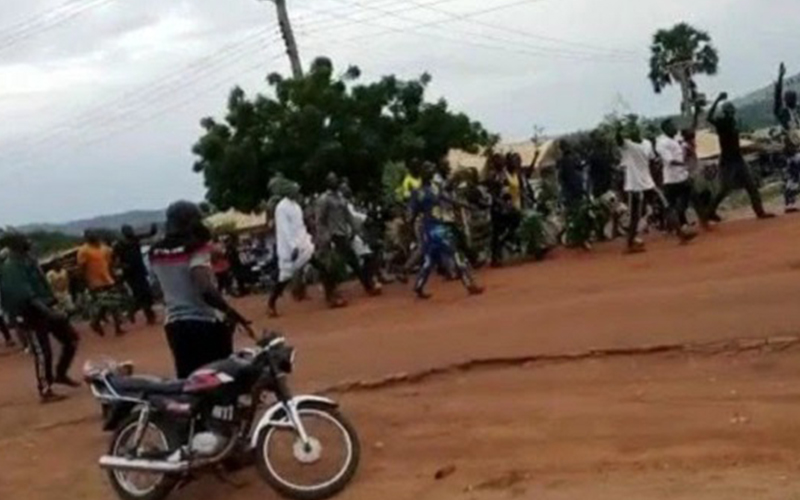 Following the recent spate of killings and armed robbery in a local government in Kogi State, the youths of Mopamuro communities have trooped out in protests.

This comes days after a joint force consisting of youth, hunters, and vigilante attempted to apprehend some of the suspected criminals following the abduction of one Mr Sunday Agbogun whose car was abandoned beside the road.

Tribune reports that two motorcycles with plate numbers; Kogi KNE-41UM and Kogi LKJ-902UX were recovered but unfortunately, the suspects escaped.

However, the demonstration on Tuesday was said to have started peacefully as the youths marched across various communities in the local government.

The protesters alleged that Mopamuro had been peaceful until the influx of herdsmen believed to have been dispersed from southwestern parts of the country on similar allegations of kidnappings, robberies, assaults, and farms destruction.

Meanwhile, a chief in Mopa and another man, names withheld, have been accused of providing information to criminal elements in the community.

The youth, during the peaceful protest, appealed to traditional rulers, the Chairman of the local government, and their representatives at state and federal levels to come to their aid in securing the release of the kidnapped victims and avert the evil bedevilling the local government.

They also called on security agencies and persons in positions of authority to come to their aid.