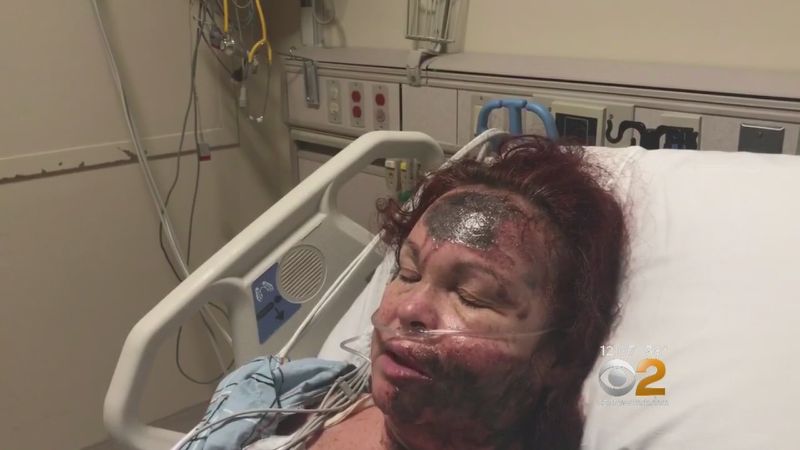 Lizzie Dunn from Staten Island told police earlier this week she was attacked with acid when walking alone to a bus stop. The attacker was a panhandler, Dunn reported, a black woman in her 40s, who sprayed acid on her face when Dunn didn’t have cigarettes or spare change to give her.

That’s when the supposed woman got mad and grabbed Dunn by the shoulder, spun her around, sprayed her in the face, and fled, Dunn told police.

After the alleged attack, Dunn frantically ran into a nearby deli and told the owner to call 911.

“We thought it was a prank at first,” Andrew Kenwood, who was working at the deli, told NBC. “She came in here, she was banging on the door, banging on the door. She was almost fainting and falling. … When I tell you it was absolutely horrible — it looks like her face is melting off.”

Medics rushed Dunn to Staten Island University Hospital, where she was treated for third-degree burns to her face, neck, and left hand.

“It seemed like she was spraying a lot of times like she had to keep pressing the nozzle,” Dunn told CBS. “With my right hand I tried to grab the can and knock it out of her hand, and with the left hand I was trying to shield whatever spray she was misting on me.”

After a police investigation, her story turned out to be a lie. The wounds were self-inflicted, and she confessed to police her story was fabricated.

“The alleged acid assault in the Woodrow area yesterday has been found to have not occurred,” the NYPD’s 123rd Precinct tweeted on Tuesday. “The injuries were self-inflicted and there is no perpetrator. There is no threat to the public.”

CRIME ALERT*** The alleged acid assault in the Woodrow Area yesterday has been found to have not occurred. The injuries were self inflicted and there is no perpetrator. There is no threat to the public. Please retweet and share pic.twitter.com/H9klAvEPTC

Investigators believe Dunn used a spray bottle to burn herself with some kind of homemade acid. She had scars from previous self-inflicted injuries on her body, cops said. No motive or reason for the incident has been explained, and police have not determined if she’ll face charges of filing a false police report.

Related Topics:Acid attack
Up Next