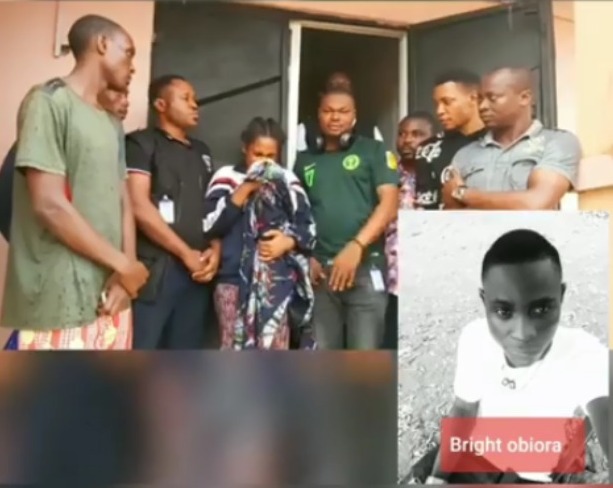 A woman in Asaba, the Delta State capital has cried out for justice for her late husband identified as Bright Obiora allegedly shot dead by police officers attached to the ‘A Division’ in Asaba.

The woman, while narrating her ordeal to a human rights advocacy group, Behind Bars Initiative (BBI), said the officers had stormed their home to arrest her husband following a misunderstanding he had with a neighbour, only for them to claim they found a gun in their room and shot the man on his leg at the scene.

The Director-General of BBI, Gwamnishu Harrison, who shared the story on his Facebook page wrote:

“I got a distress call about a father and husband that was killed by some policemen from A Division, Asaba.

“The wife of the deceased who narrated her ordeal to us said her husband and his friend had issues with a neighbour who in turn called in the police after he initially invited 10 thugs to attack her husband.

“She said she was surprised when police stormed her house on account of the same issue, searched her house and found a gun (according to them) and shot her husband in the leg. The wounded man and his friend were taken to “A Division”, Asaba in the police van and were killed on arrival.

“She is hereby calling on the authorities to come and investigate this gruesome act meted on her family.

“Her husband’s corpse is presently deposited at FMC mortuary by same police.”