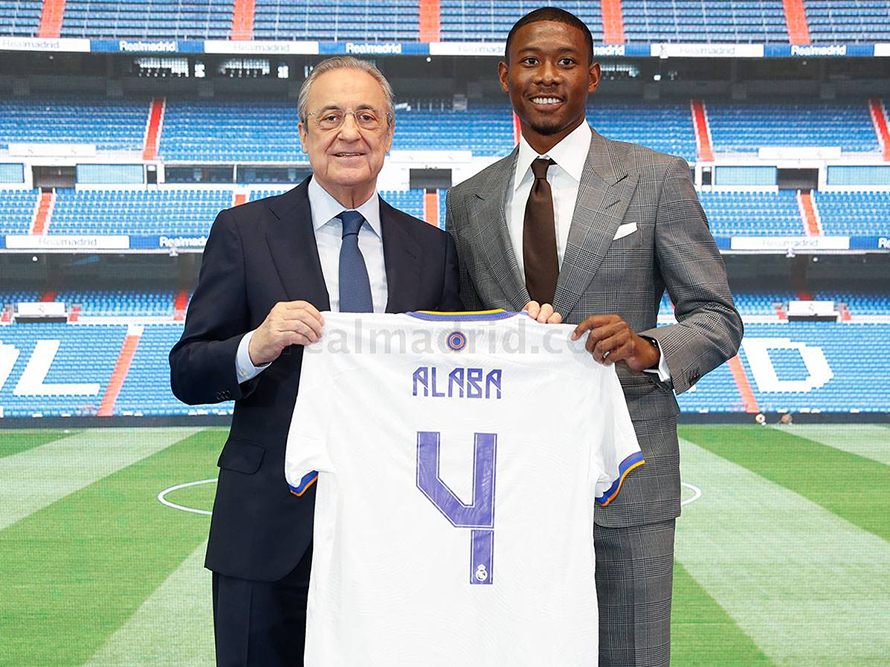 Real Madrid rave of the moment, David Alaba, on Wednesday says he took up the shirt number worn by the club’s departed captain, Sergio Ramos because the club told him it was the only one available.

Austria’s Alaba, who can play in defence or midfield, was unveiled by Real wearing the number four worn for 16 seasons by Ramos.

“It’s a number that is a great motivation for me and one I want to honour,” Alaba said, adding Real told him four “was the only number available”.

“Ramos wore that number and became a leader. It’s something that’s in everyone’s head,” said Alaba.

“I want to be David Alaba,” he added.

Alaba, who is 29, won the Champions League twice and the Bundesliga 10 times in 12 seasons with Bayern Munich.

“It’s a dream come true for me, this is the best club in the world,” he said of the move to the Spanish capital.

Alaba said he had an “excellent relationship” with Carlo Ancelotti who was at Bayern for 18 months and has taken over as Madrid coach.