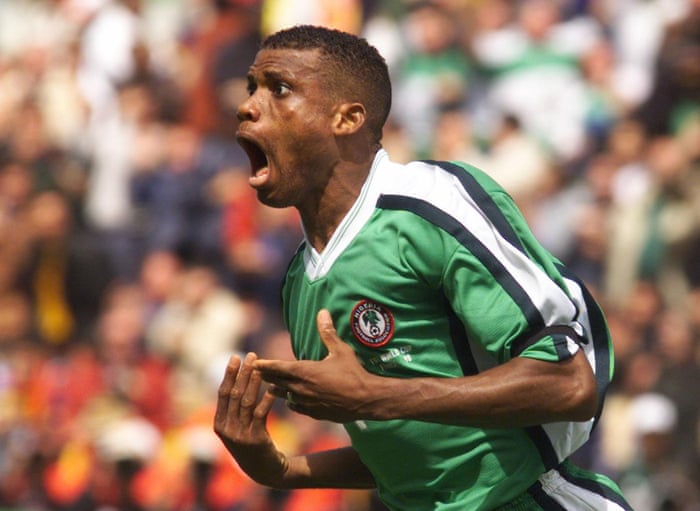 Former Super Eagles midfielder, Sunday Oliseh, has gone down memory lane to speak about his experiences at the 1996 Olympic Games held in Atlanta, USA.

Oliseh, who appeared in Nigeria’s Green and White jersey between 1993 and 2002, revealed that the country’s football team to the Games faced a lot of challenges.

He said the team slept in motels.

“We were not confident but we knew we had a good team. We were just hungry. We were one of the first nations to arrive in Atlanta for the Games and we had very little resources to prepare for the Games.

“We slept in motels.

“The Olympics was so difficult and it was at that time I started funding the team. Nigeria went there with no funds and I had to give my credit card to rent buses for us to go for training, there were so many sacrifices made but at the end of the day, it’s the highest medal I won as a footballer.

“We had players who wanted to make a point. We had talents like Austin Okocha, Tijani Babangida, Daniel Amokachi, Nwankwo Kanu, Emmanuel Amuneke, Dosu Joseph and Celestine Babayaro. We had such a great team and we were ready to explode.

“We started the tournament well and had qualified from the group before our final game against Brazil. Our main aim was to kick Brazil out because they had already lost one game from their opening two games. But unfortunately, we lost.

“We defeated Mexico in the quarter-final in a game we totally dominated. The second meeting against Brazil was when we came on the scene and avenged our earlier defeat to reach the final. And then there was nothing better that winning the final, coming from 2-1 down to beat Argentina 3-2.

“It was special for us.”