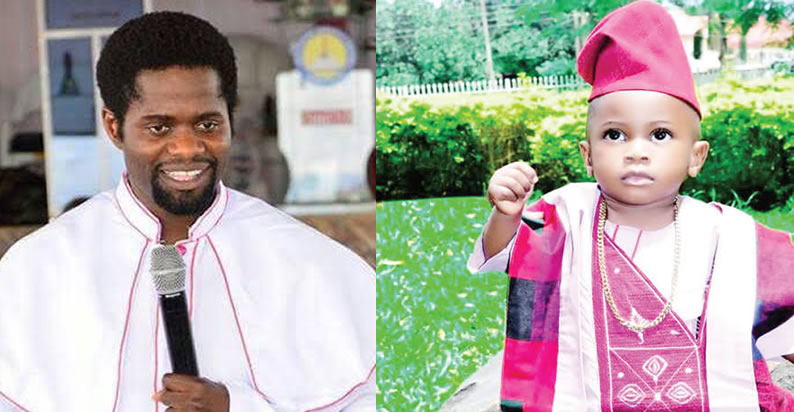 The Ondo State Police Command has debunked reports that it has arrested the suspected kidnapper of one-year-old Kolawole Gold who went missing at a popular church in Akure the state capital.

Kolawole was abducted during service at the children section of Sotitobire Praising Chapel, at Oshinle area of Akure, last November.

His disappearance and rumour that his corpse was found buried in the altar of the church caused pandemonium in Akure last December, leading to loss of lives and properties.

Reports in some sections of the media earlier today (Friday) had said the police have arrested the suspected kidnapper of the boy, a claim the police said: “is by no means correct”.

A statement by the command’s Public Relations Officer, Femi Joseph, on Friday, however, said the police only arrested a 39-year-old man who claimed to have the missing boy in his custody but was trying “to take advantage of a bad situation to defraud the people.”

“The Ondo State Police Command wishes to debunk the story trending on the social media that the alleged kidnapper of master Kolawole Gold has been arrested. This story is by no means correct.

“What we have in Our Custody now is a self-confessed Scammer and Serial fraudster One Chibuzor Elike,39years, of etche town in Cross River, who wanted to take advantage of a bad situation to defraud the people.

“The man who said he heard about the kidnap of young Gold via the social media confessed that he actually Called Some People and sent Some text messages where he stated that he had Kolawole Gold in his Custody and will Only release him after collecting 800 thousand naira .

“He also confessed that he was not sent by anyone to implicate Pastor Babatunde Alpha of Sotitobire Church as earlier stated in his numerous calls and text messages. Finally, he said that he was just looking for a Cheap way to make money as he knew nothing about the kidnap or the whereabout of the little boy.

“The Suspect who is now in our Custody will appear in court on Monday.”