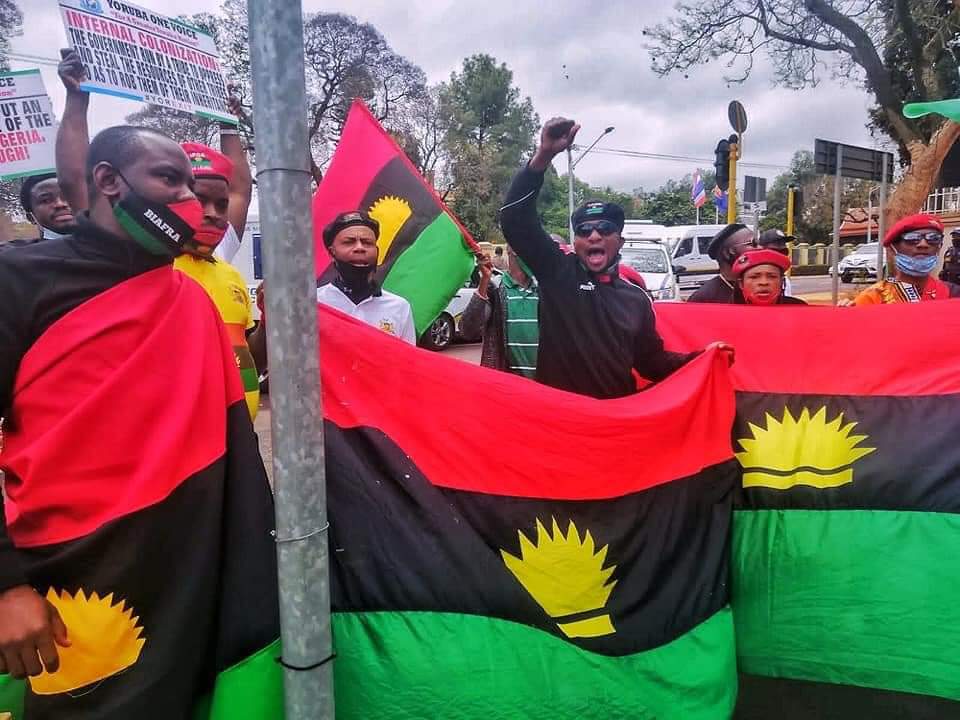 The Police Command in Enugu State has denied arresting 57 pro-Biafra members as being speculated on social media platform.

“The attention of the Command has been drawn to a publication alleging that “Police reportedly arrest 57 Biafra Zionists members in Enugu”.

“There was no such arrest.

“Rather, 54 persons were seen to be unlawfully gathered at Owerri Road within the Ogui axis of Enugu metropolis and were brought to state Police Headquarters, Enugu for questioning, Sunday morning.

“After nothing incriminating was found on them, the state’s Commissioner of Police, Mr. Mohammed Aliyu, addressed and cautioned them to go home and maintain peace.

“They all left happily, please,’’ the police spokesman said.

NAN reported that the command further urged residents to “remain law-abiding and vigilant as they go about their legitimate businesses while ignoring the sit-at-home order issued by the proscribed Indigenous People of Biafra (IPOB).

The police further appealed to the people to report criminal elements and persons found fomenting trouble to the nearest police station.

IPOB had issued a sit-at-home order in the southeast on May 31 to commemorate the death of many people during the civil war that ended about 51 years ago.

One dead as gunmen abduct 200 students in Niger