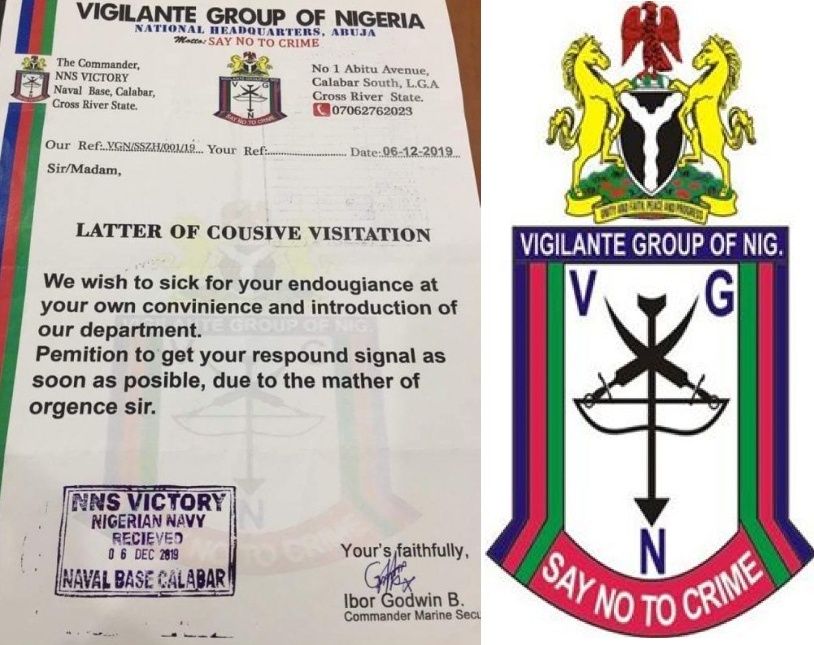 An official letter, with the name and logo of the Vigilante Group of Nigeria (VGN), full of grammatical blunders is presently circulating on social media.

The error-ridden letter dated Friday 6th December 2019 is addressed to the Commander, NNS Victory, Naval Base Calabar, Cross River State by the state chapter of the VGN.

The content of the letter which is very difficult to comprehend is laden with errors. It has since gone viral on social media.

Letter was written as ‘latter’ while matter was spelt as ‘mather’ among many other errors that should not be seen in a letter written by a primary school pupil.

The letter is believed to have been written by the VGN Calabar to schedule a courtesy visit to the NNS Commander.

“Permition to get your respound signal as soon as possible, due to mather of orgence sir.|

It was signed by one Ibor Godwin, Commander of Marine Security.

Related Topics:FeaturedvigilanteVigilante Group of Nigeria
Up Next