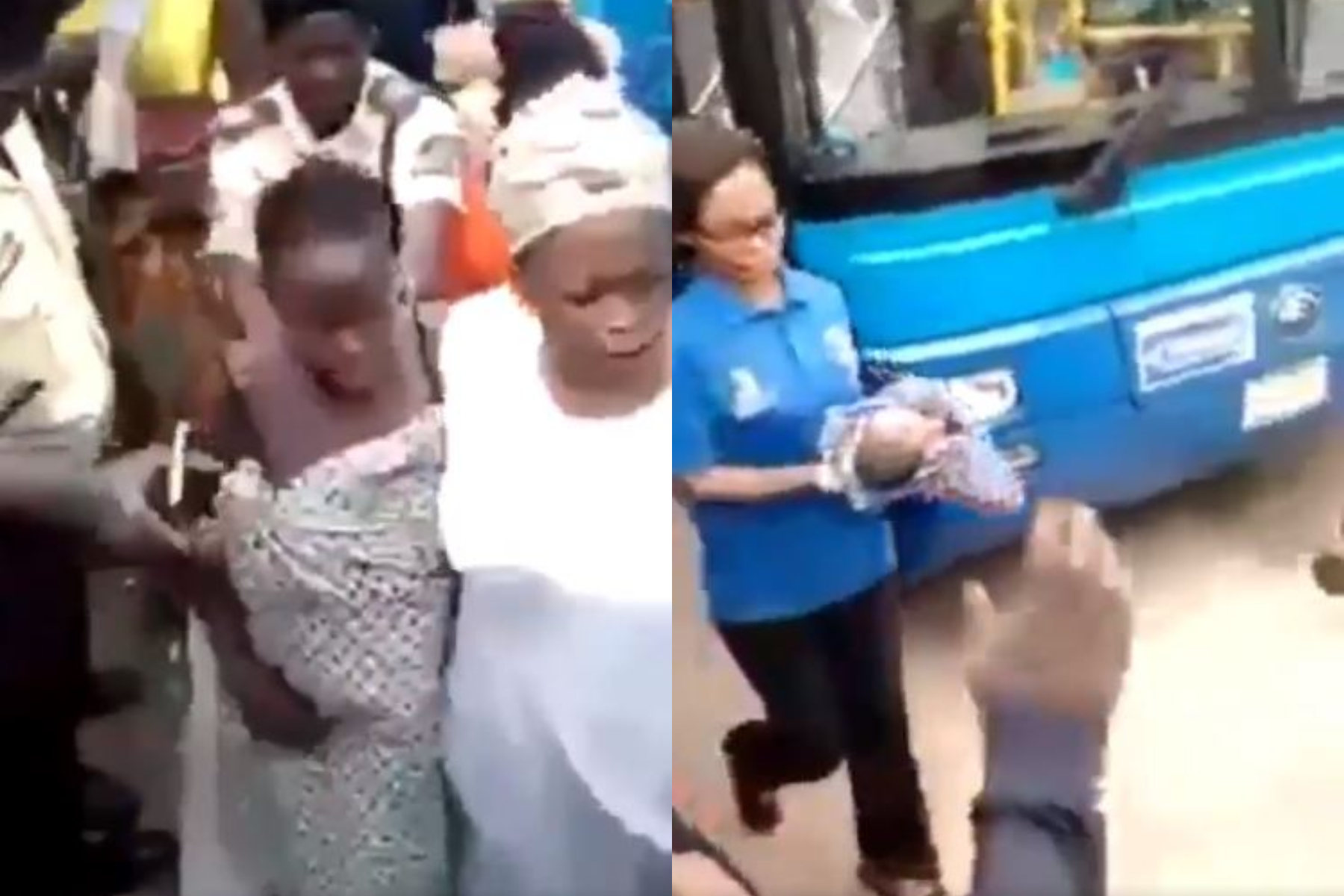 Passengers of a Lagos BRT shuttle were taken aback when a pregnant woman went into an early labour on Friday.

Fortunately, a couple of health workers who were also seated in the BRT bus came to her rescue.

After some moments of labour pain, the unidentified woman gave birth to a baby right inside the bus.

The scene attracted more commuters and sympathisers just as officials of the Lagos State Medics were seen driving the scene.

The viral video which was posted by a Twitter user, @oapaynigeria, on Friday captured the emotional moment the woman was being assisted in the process of delivering the baby.

In the video, bystanders were seen applauding the emergency delivery team while a nurse assisted the mother and the baby into a waiting ambulance.

As at the time of filing in the report, the woman has still not been identified.

BRT Baby delivered inside BUS.
Doctors and nurses, Co passengers attended to her before the Lagos State Medics arrived.
Sanwo to visit the family.
Kudos to the policemen on the scene.
Lagos Medics is first class 👏 #hushpuppi @Gidi_Traffic pic.twitter.com/au59iFhaPI