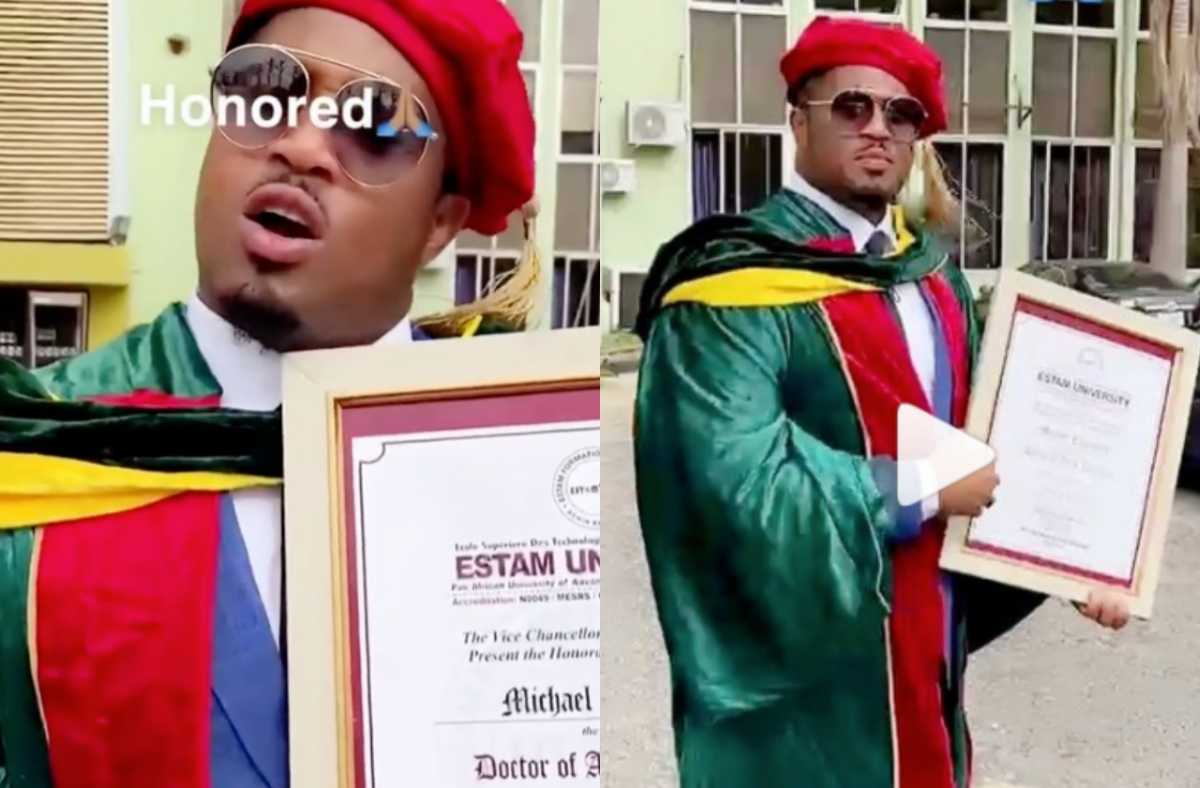 Nollywood actor and director, Mike Ezuruonye, on Friday showed off his honorary doctorate degree issued to him by ESTAM University.

It was jointly accredited by Ministries of Education in Cotonou and in Abuja, Nigeria.

All Nigerian students who graduate from the private institution are allowed to participate in the National Youth Service Corps (NYSC) scheme in Nigeria.

The 2009 Africa Movie Academy Awards nominee who has joined the likes of notable persons like Eucharia Anunobi, Cubana Chief Priest, Kaffy, Omotola Jalade, E-money, Peter Okoye, and others in bagging doctorate degrees, applauded his fans and followers for their endless support.

Sharing a video of him holding the certificate, he said “It’s cause of you my fans, supporters and good people this happened..🙏🏽🙏🏽

Related Topics:InstagramMike Ezuruonye
Up Next