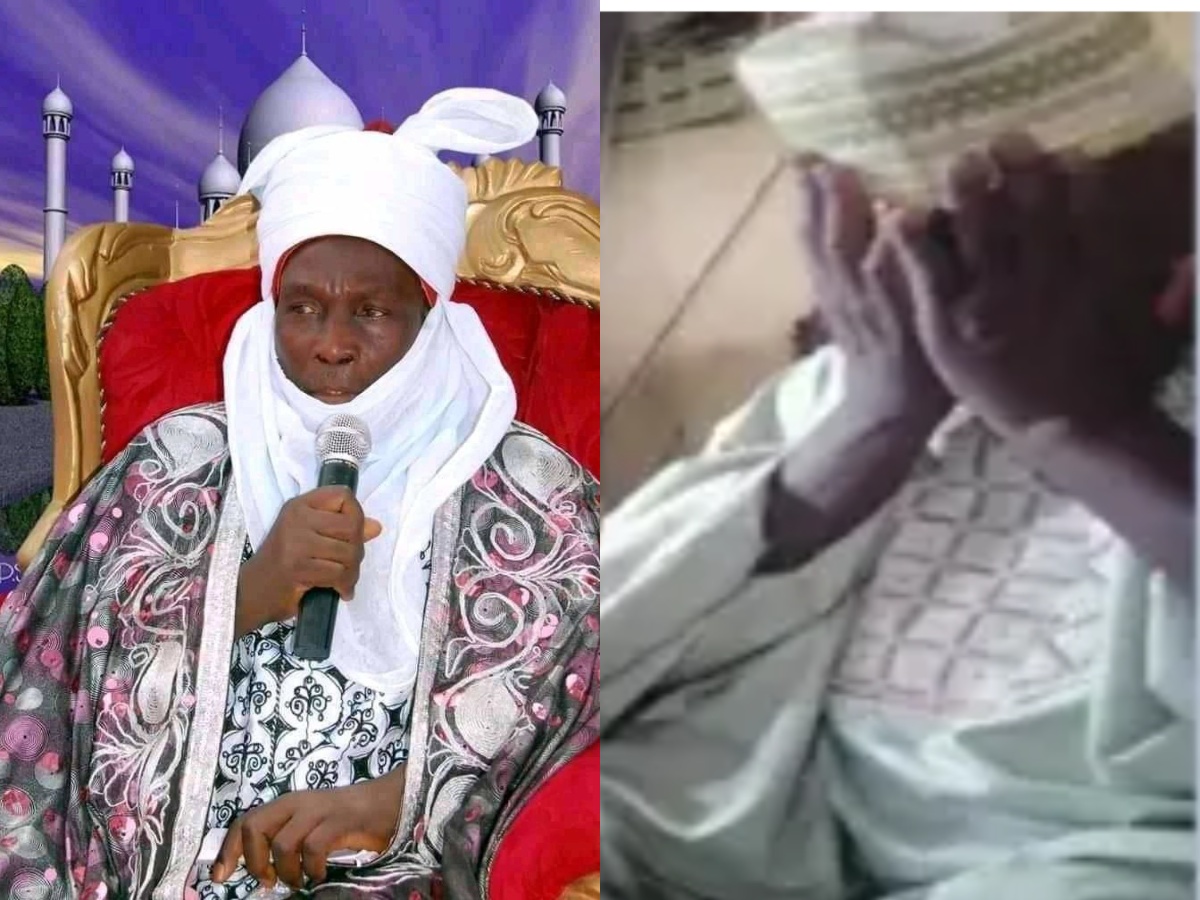 The abducted Emir of Kajuru, Alhaji Alhassan Adamu, was in tears as he reunited with his people on Monday after regaining freedom.

WuzupNigeria reported that the traditional leader was abducted alongside his daughter and 12 others by bandits on Saturday, July 10, 2021.

His abductors reportedly made an audacious demand for a ransom of N200 million before his release, however, the 13 other victims are yet to regain freedom as of the time of filing this report.

The Emir, however, sobbed in a video on social media as he recounted his ordeal in the hands of the kidnappers.