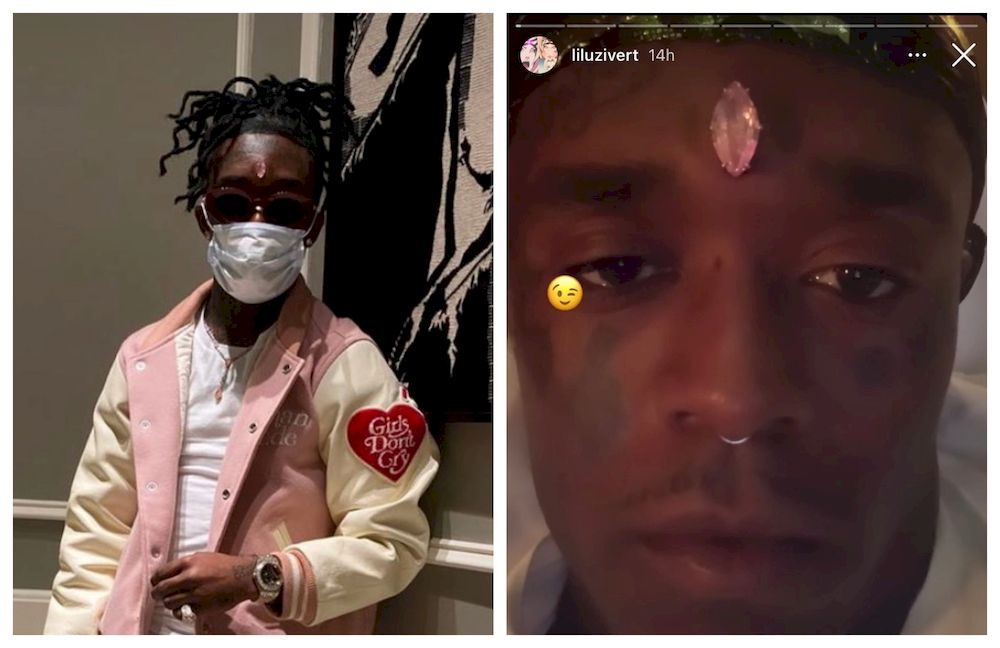 Lil Uzi Vert, an American rapper, has implanted a pink diamond worth $24 million into his forehead.

According to Page Six, the rapper – renowned for splashing exorbitant amounts of money on watches, clothes, cars, and all types of jewelry – spent the past four years paying for the nearly “10 to 11 carats” natural pink diamond.

The 26-year-old, however, took his love for the good things of life to another level on January 30 when he announced that he had just finished paying Elliot Eliantte, his jewelry designer, to acquire the expensive diamond since he started doing the payment in 2017.

“When the swelling goes down I’ll get a short bar so it won’t move. Y’all keep talking ‘bout it’s off ‘cause of the long bar in it so it can move, cause of the swelling.”

He had also revealed that the diamond costs more than he has ever spent on cars as well as his home.

“Yes my Bugatti can’t even pay for it … all my cars together, plus home, this took so long now I can get this money,” he had replied a fan while explaining the worth of the diamond.

In series of posts on his social media pages on Wednesday, the ‘XO Tour Llif3’ crooner confirmed he had eventually implanted the diamond on his forehead.

The rapper could be seen in a video shared on his Instagram page flaunting the pink diamond while vibing to a song. He had accompanied the video with a terse post reading ‘beauty is pain’.

The music star also shared other clips on his Instagram Stories, with one of them simply captioned “true” — a response to the curiosity over whether or not he had carried out the implant.

The development has since ignited a plethora of mixed reactions on social media, especially Twitter.

“Lil Uzi Vert really got a $24 million dollar diamond emplanted in his forehead… I have no words,” another user wrote.

MORE READING!  How to tell a good woman - Wizkid 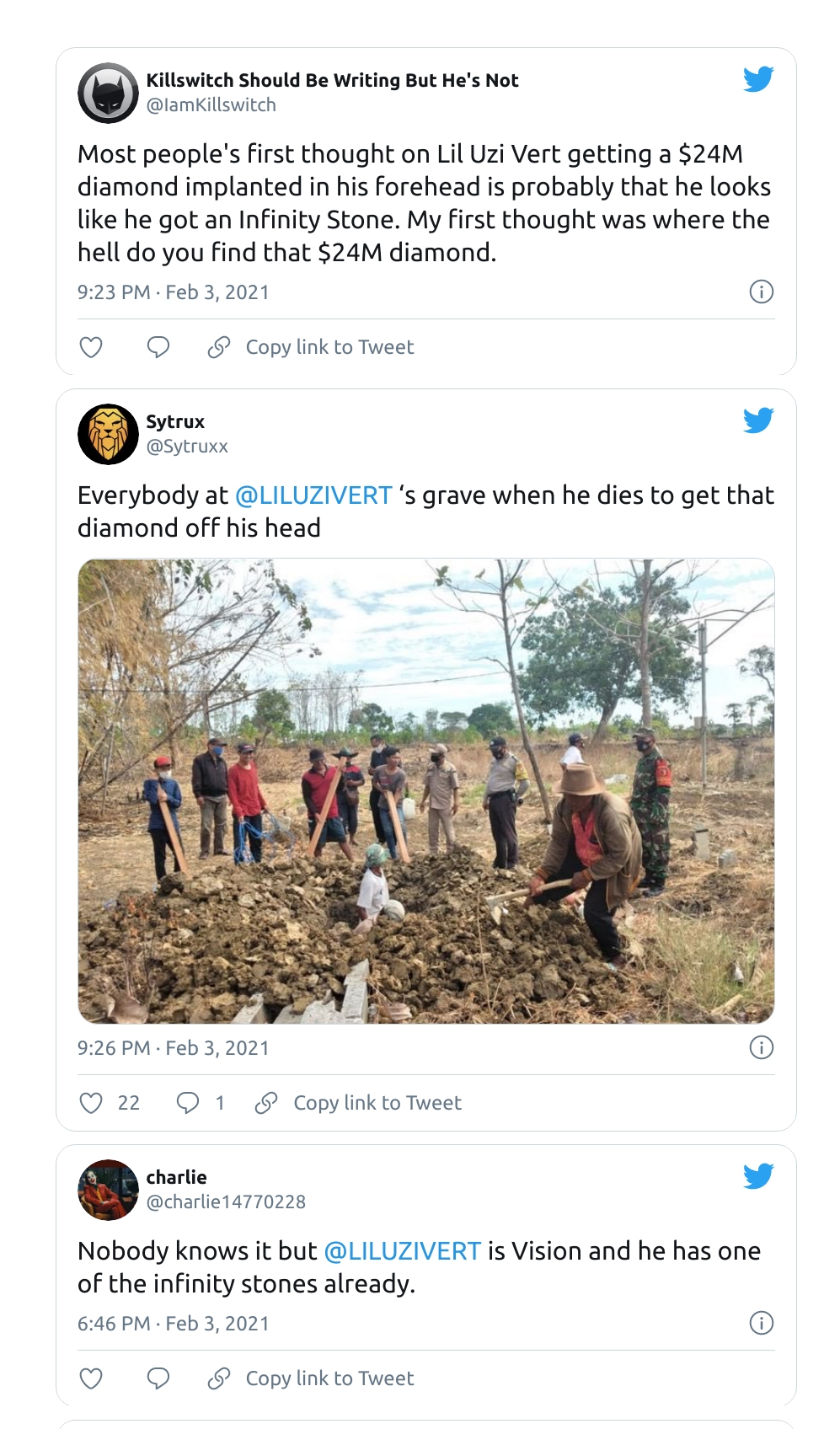 Erica ‘was my girlfriend at the time’, Kiddwaya confirms split