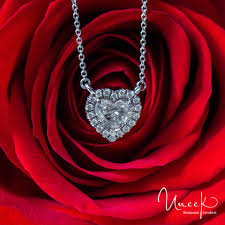 The Saints Peter and Paul Catholic Church, Tedi in Ojo Local Government area of Lagos State, on Sunday showered gift items on indigent people to commemorate the 2021 St. Valentine’s Day and reflect on its essence.

According to reports the gift items which were donations from the Catholic faithful in the Parish were given to not less than 300 indigents that included non-Catholics after Sunday’s Mass to show love and care.

NAN also reports that the items included clothes, 5kg bags of rice, tomato paste, noodles, biscuits, toiletries, and soft drinks to encourage them to see reasons to continue to live and to mark the day.

Delivering a sermon during the church service, the Parish Priest, Rev. Fr. Godfrey Udeh, who had requested the gifts items from the parishioners days back, said that as believers in Christ, people ought to practice that which they professed to foster unity in society.

Udeh, who reflected on the importance of the day, said the world marks the feast of St. Valentine on Feb. 14 every year.

He said that St. Valentine’s stance against what he believed in was wrong, made Emperor Claudius order his imprisonment and execution on Feb. 14 in 269 A.D.

“After his execution in 498 A.D., Pope Gelasuis declared Feb. 14 Church holiday in his honor as he was martyred for the protection of the sanctity of holy matrimony.

“St. Valentine was a dispenser of love and an epitome of justice, equity, selflessness, and sacrifice. He sacrificed his freedom, time, and personality solemnizing and guarding the institution of marriage from attack and ultimate destruction.

“As a priest whose lifestyle symbolizes more than filiation and conjugation, his life was embedded in charity, chastity, kindness, forgiveness, gratitude, and selflessness,” Udeh said.

The Catholic priest, who regretted the contemporary perception of the Day, said that it was not a time for social events or a day for the extravaganza, indulgence in merriment and immoral activities, rather, “it’s a period for reflection on the sacrifice of selfless love and passion exemplified by St Valentine”.

He decried the spike in violence against one another and admonished people that it was a time for them to engrave harmonious co-existence, love, brotherliness, purity of mind, body, and soul in daily living.

Udeh added that it was also a moment for people to rededicate themselves to passion, sacrifice, reconciliation, and self-control.

He tasked the faithful to allow the celebration of Valentine’s Day to propel them to live a life worthy of emulation and in conformity with the principle virtues which St. Valentine lived and died for.

He advised Nigerian youths to emulate St. Valentine and stand against social injustice that seems to have engulfed the country; saying it was indeed worthy to note that St. Valentine was an angel of good leadership characterized by a true love for the oppressed and marginalized.

Udeh also advised leaders on good governance, stressing that it was another opportunity for them to redirect their sense of reasoning toward consolidating on the foundation of effective leadership engrossed in true love, sacrifice, and charity.

Mrs. Ugochi Asuzu, a widow and a beneficiary of the largesse, said that the church community had made the week good for her.

The mother of three little children, who got a 5kg bag of rice with some packets of noodles and toiletries, thanked the church for the kindness, saying her children had got something to eat for the week.

Nigerian Army recruitment starts on Monday (See how to apply)