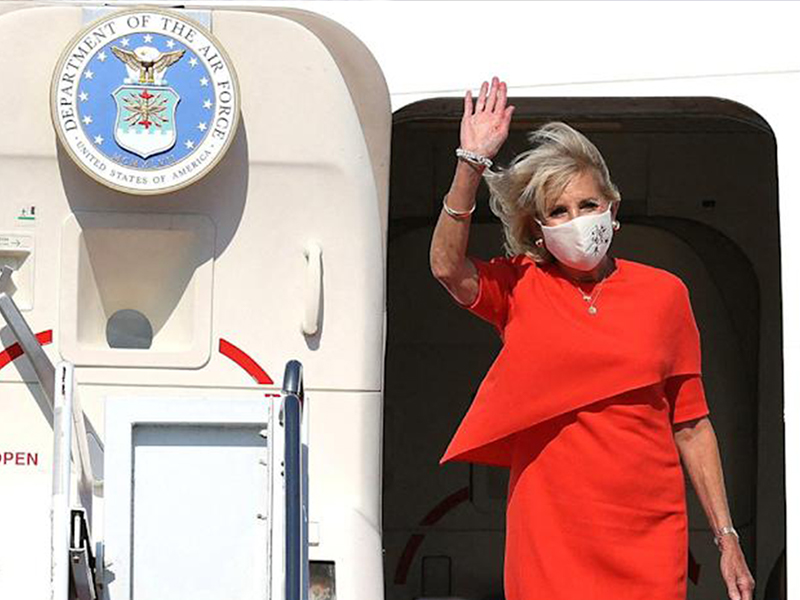 United States First Lady, Jill Biden, on Thursday landed in Tokyo as the head of the US delegation ahead of the opening ceremony of the 2020 Olympic Games holding on Friday.

UK Metro reported that the 70-year-old touched down at Yokota Air Base around 3.30pm local time and wore a red-orange dress and a white floral mask as she stepped down from a plane and waved at officials welcoming her.

Biden met with greeters lined up on the tarmac and then boarded a military helicopter that took her to the US Embassy in Tokyo.

The three-day Olympics visit is Biden’s first solo international trip as first lady. She will play a starring role in Friday’s opening ceremony, which starts at 8pm local time at the National Stadium in Tokyo.

She had dinner on Thursday evening with Japanese Prime Minister Yoshihide Suga and his wife, Mariko Suga, at Akasaka Palace.

The first lady was scheduled to meet Team USA members virtually. She will host a watch party for the US-Mexico softball team on Saturday with foreign service officers invited to attend at the US Embassy.

She is also set to meet Emperor Naruhito at the Imperial Palace.