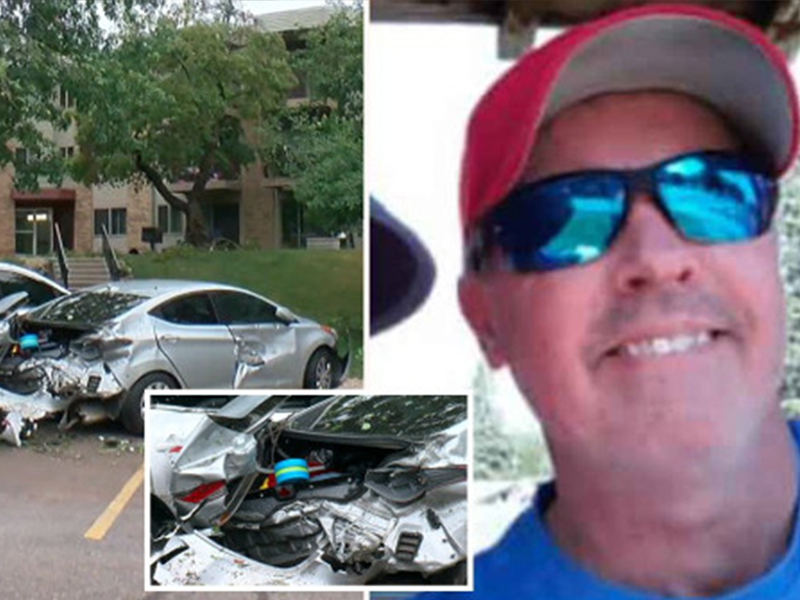 A youth baseball coach in the United States, Jay Boughton, was shot dead in the head in front of his 15-year-old son, Harrison, by another driver while driving on Wednesday night.

UK Metro reports that 56-year-old father-of-two was driving Harrison home from a baseball game when he got into an ‘altercation’ with another driver on a highway in Plymouth, Minnesota, at about 10pm.

Boughton who was an assistant coach for the Armstrong-Cooper Youth Baseball Association lost control of the car instantly, crashing into an apartment building’s parking lot as Harrison tried to save his father by giving him CPR until an ambulance arrived, reports CBS.

Boughton who has been described by friends as a ‘wonderful person’ who ‘always had a smile’ is survived by a wife, a 13-year-old daughter and his son Harrison.

Plymouth Police chief Erik Fadden held back tears as he spoke at a press conference on Wednesday, saying: “This was one of the most tragic events that I have witnessed in my 20 years in policing.

“It was truly a senseless act that resulted in the loss of a human life and our thoughts and prayers go out to the family, friends and those affected by this horrible event.’

ACYBA president Dale Bjerke said Boughton has been the assistant coach with the 15UAAA team for the last three years and his son played in the league.

In a statement, ACYBA said: “There have been numerous emails shared today about Jay and what a wonderful coach, parent and husband he was.

“Jay was one of those guys who would do anything for anyone at any time and always with a smile. The ACYBA Board extends our deepest sympathies to the Boughton family and those who knew them.”

As family and friends pour in tributes,  Bjerke said that all of the 15UAAA ball games have been cancelled for the rest of the season.