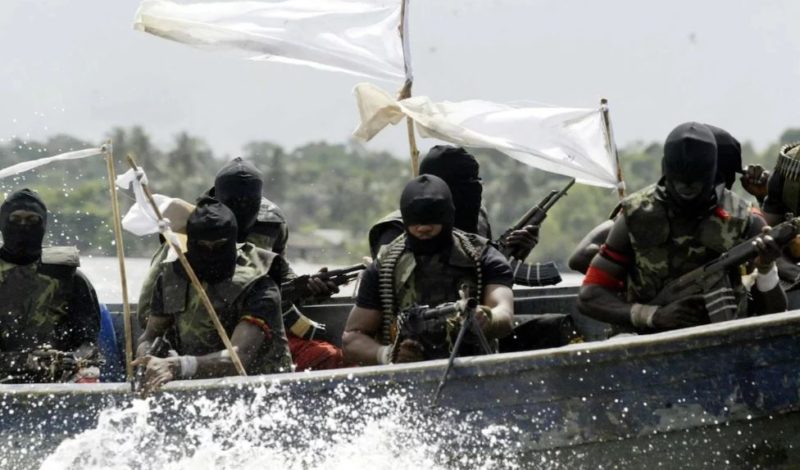 No fewer than two persons died after suspected pirates attacked two passenger boats along the coastal waters of Aru-Gbanaama and Polokiri in Bonny Local Government Area of Rivers State.

WuzupNigeria gathered that at least three other are missing.

The victims were said to have been returning from a carnival in Dema Okekpe community to Bonny main town in the evening when the hoodlums intercepted the boat and attacked its occupants with weapons on January 5th, 2021.

A source who pleaded anonymity said the first boat was attacked when the helmsman stopped midway to remove debris from the engine, with the pirates hitting two of the dead victims several times with paddles and machetes in the head and other parts of their body, while other occupants of the boat were pushed into the river.

Not knowing the danger ahead, the source disclosed that the second boat approached the scene and was also attacked before the helmsman could make a quick u-turn with most of the passengers jumping into the water when they saw the injuries inflicted on the travellers on the other boat.

“They were using paddle, machetes, and bottles to hit them while they were struggling for their lives. They now pushed the other passengers into the water. If not for the marine the police and JTF, more people would have died,” he added.

The Chairman, Bonny LGA, Rogers Irimagha, who confirmed the incident in a telephone chat, called on people of the area to remain calm, adding that the council was handling the case involving the missing persons.

“I will talk to the people of Bonny Local Government to have faith in the leadership of our government. As I speak to you, we are working with the security agencies to ensure that we put a final stop to this ugly incident that we have been experiencing.

“It has been on overtime, even before my emergence, but we are working tirelessly to end it. I want to commend the security agencies for their ability to answer all distress calls. They have been doing their bits to ensure that we have security,” he stated.

The council boss, however, expressed sympathy with families of those who lost their loved ones and assured them that the local government is working with the security agencies to curtail pirates attacks in Bonny.

“I send my heartfelt condolences to parents and families of the dead. We recorded three persons missing. To be candid, we have found two dead already, we have not seen the remaining one making three.

“They were supposed to come back, but the water has subsided so they decided to wait during the late hours when the water came up and they had to go back to Bonny. Unfortunately, these ‘devil’ accosted and attacked them.

“In fact, asked them to jump into the water. They (pirates) started maligning and beating some of them. At a point, they all jumped into the water,” Irimagha explained.

Efforts to reach the State Police Public Relations Officer, Nnamdi Omoni, proved abortive as he did not pick his calls and also did not reply to a text message sent to his mobile telephone by our correspondent.