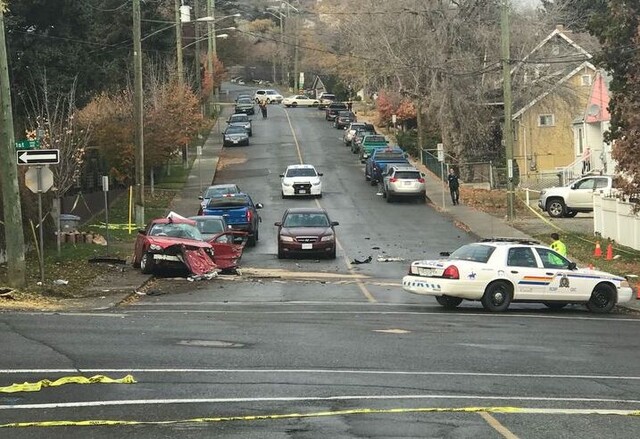 The trial of a Canadian man, who was arrested for allegedly killing three Nigerian students in a hit-and-run incident 14 months ago, has been delayed to allow lawyers more time to go over disclosure.

Reid McKnight, who was allegedly behind the wheel of a blue Ford pickup truck when it struck the Dodge Charger carrying the Nigerians on Nov. 3, 2019, is facing three counts of dangerous driving causing death and one count of failing to remain at the scene of a fatal accident.

Two young Nigerian men in the Dodge, Daniel Okocha and Feyisola Adebowale, died at the scene. A third, Oluwatosin Adeojo, died in hospital nine days later. A fourth occupant of the car survived.

Each of the victims had travelled to Kamloops to study at Thompson Rivers University.

31-year-old McKnight, a Canadian Forces soldier who served in Afghanistan, was charged in September. He spent a night in jail and was then released on bail. He was off-duty at the time he is alleged to have been involved in the crash.

Arraignment for McKnight had been slated to take place in Kamloops provincial court on Monday, but it has been delayed to allow lawyers more time to go over disclosure.

McKnight is also facing unrelated firearms charges connected to weapons found by police while executing a warrant following the crash. His arraignment is now set for March 8.