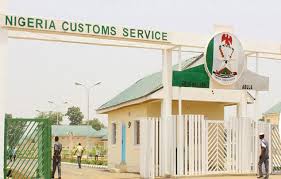 Rice smugglers and marketers of smuggled rice should prepare for tougher times ahead, the Nigeria Customs Service (NCS) warned in Abuja on Tuesday.

The NCS spokesman, Joseph Attah, told the newsmen that the warning became necessary following complaints by the Rice Processors Association of Nigeria that the country had been flooded with smuggled rice.

He said the Comptroller-General of Customs, Rtd. Col. Hameed Ali, had read the riot Act to Customs officers in commanding positions to arrest the rot.

He said the officers were directed to ensure that rice smugglers and those who dealt in smuggled rice did not have any respite.

“Last week, the Comptroller-General summoned Comptrollers operating at land borders, Commandants of Federal Operations Units and those of the Strike Force at the headquarters to do the needful on rice smuggling,’’ her said.

Attah enjoined the rice processors to share the intelligence they had with the Customs so as to check activities of rice smugglers and other prohibited items.

He said this was the time the Service needed critical stakeholders in the value chain for collaboration and synergy to collectively fight the menace of smuggling.

He stressed that the collaboration and synergy would boost the morale of operatives who put their lives on the line to secure the borders, noting that the Service had lost officers and men in the course of the fight against smuggling.

“Customs will not claim that we have been able to completely wipe out smuggling of rice and indeed any other prohibited items.

“As long as there are human beings who are ready to cut corners; that are driven by selfish interests; driven by profit motives and all that, there will be some isolated cases of smuggling.

“We have some compatriots who are ready to serve as informants to smugglers. We are aware that some smugglers provide motorbikes and telephone handsets for some people in border communities.

“Those things are provided for informants to monitor the movement of our anti-smuggling operatives and to provide information as to where we are; where we are heading to and how some of these smugglers can safely sneak through.

“Those that have beaten the `watch-and-check’ are assisted by fellow Nigerians. That is the reason you find some smuggled items in the markets and that is why you see cases of raiding warehouses by our officers and men,’’ Attah explained.

He said that the Service had been engaging traditional rulers in border communities to be on the same page with the Customs in the interest of the country.

Attah also said Customs was committed to ensuring that the Federal Government’s policy on rice and other foods production succeed.

Customs hands over 4,907 cartons of expired sweet, chocolates to NAFDAC