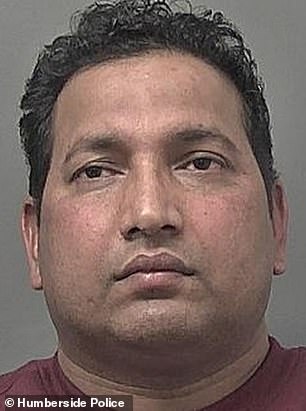 A teenage girl from Hull was forced to give birth to her rapist’s baby.

The shocking truth only emerged once the baby was born and a DNA test was taken, revealing the child’s father was 37-year-old Quaser Abas.

He was found guilty of rape after a five-day trial at Hull Crown Court and has now been jailed for 12 years.

The girl, who the court heard was abused over a short period of time, went for a routine hospital check and discovered she was 23 weeks pregnant.

During trial, Abas claimed the test was ‘contaminated.’

He also claimed the testimonies given by the girl and her mother during police interviews were ‘fabricated and concocted.’

Prosecuting, Mark McKone read out a victim statement from the girl, who said Abas has ‘destroyed her life’.

“I was scared to tell my mum.

“When I found out I was pregnant I was shocked and scared to tell anyone and was scared about what they might say and think. I didn’t want the baby but now it is here I wouldn’t change it for the world.

“I get upset having to think about it.”

The girl said she is glad she spoke out so Abas could not do the same to anyone else.

Mr McKone also read out a statement from the girl’s mother, who said she was scared that she would resent the baby.

“I can’t speak to her about it or speak about what happened. I thought she was safe.

“I can never get over it and need to ask why he did it.

“It would have been hard enough for her to have a child, never mind at this age. He has taken her childhood away from her. She has had to grow up so fast.”

In addition to the 12-year sentence, Abas has been made subject to a restraining order against the victim and handed a sexual harm prevention order for life which means he cannot have any unsupervised contact with female children under the age of 16.

He must also be on the sex offender’s register for life.

Another Catholic priest abducted in Enugu