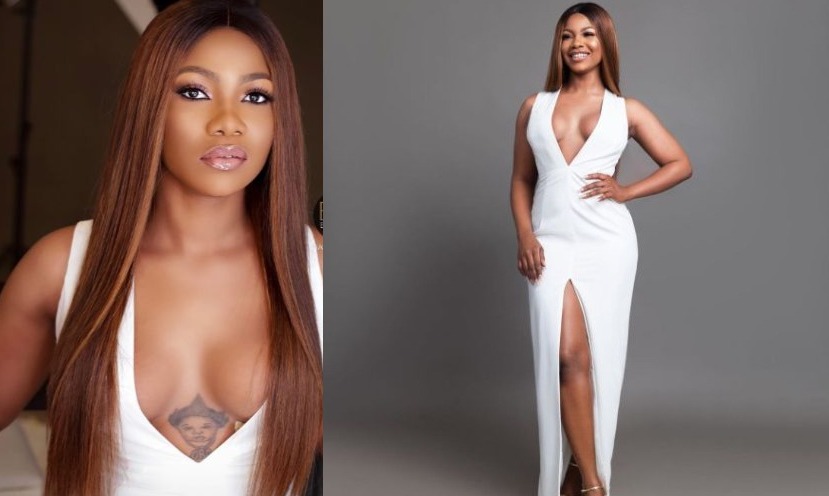 The internet was awash with reports on Monday morning that disqualified BBNaija housemate, Tacha, had cleaned off the infamous OBO tattoo from her cleavage.

The controversial BBNaija had taken to her Instagram page @symply_tacha on Sunday night to share a photo from her recent photoshoot and fans were quick to spot a change. The Davido tattoo she used to have in her cleavage had disappeared.

The photo didn’t take long before it went viral as fans praise her for ‘taking off’ the tattoo as she made them believe.

While Tacha was still receiving commendations for her supposed action, she has been busted for deceiving social media users by posting photoshopped photos after her makeup artist posted her new photos on IG on Monday.

The makeup artist Belle Bedazzled posted some photos from the same photoshoot on their IG page showing the Davido tattoo still ‘sitting majestically’ on Tacha’s chest.