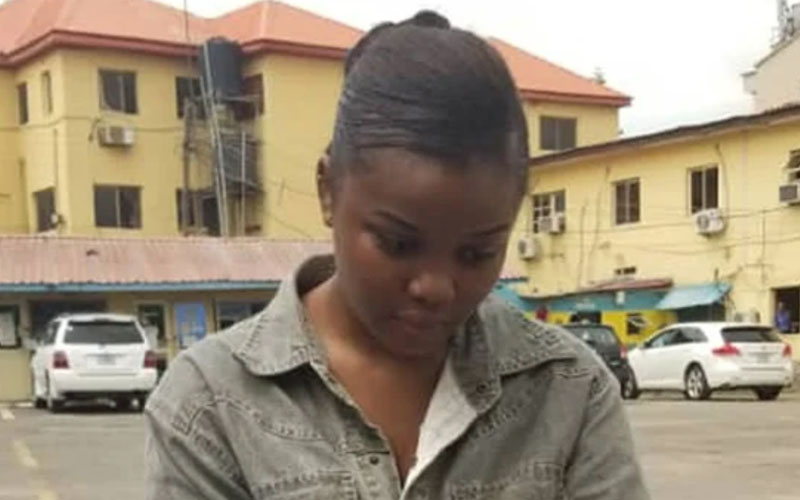 Less than 24 hours after she was paraded at Lagos Police Command in Ikeja, fresh reports have suggested that Chidinma Adaora Ojukwu, suspected killer of Super TV boss, Michael Usifo Ataga, did not write her 300 level at the University of Lagos.

Ojukwu was last seen in the school shortly before the nation announced its COVID-19 lockdown in 2020.

WuzupNigeria earlier reported that Ojukwu was on Thursday morning paraded by the Commissioner of Police (CP) Hakeem Odumosu at the Command headquarters Ikeja, nine days after Michael Usifo Ataga was murdered at a chalet in Lekki Phase 1, Lagos.

The Nation reported that Ojukwu, who was said to be a 300 level Mass Communications student, neither wrote examination nor set foot on UNILAG since the commencement of the current semester early last month.

A TVC journalist, Ayodele Ozugbakun, made the observation in a Facebook post based on information allegedly received from a Senior Lecturer at UNILAG Department of Mass Communication, Dr Bunmi Ajibade.

The narrative was further confirmed by Ajibade, who however maintained that his commentary was a personal observation via a WhatsApp broadcast after his findings.

He also warned that his statement should not be taken as the position of the school management.

‘We parents should pray for and monitor our children. There is so much evil going on in tertiary institutions now. Drugs, alcohol and s*x have become the order of the day among adolescents.

‘As Coordinator of Part-Time programme, l have made some investigations about the lady.

“The last time she came to school was before Covid-19 lockdown. She has never written 300 Level exam with her cohorts.

She has never stepped her feet (sic) on the soil of UNILAG since the commencement of this semester early last month.

Yet, she was arrested in her father’s house. ‘

‘Were the parents sensitive enough to discover her truancy in school?

“Did they monitor her progress in school if they suspected something is amiss? How come they were apparently neglected that this calamity came upon them suddenly? Many questions are begging for answers.’”