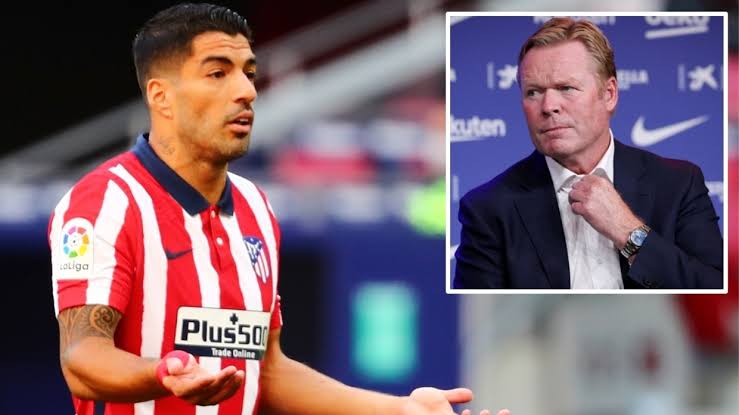 The Uruguayan recently won the Spanish La Liga title with Atletico after he was only forced out of Barcelona after Koeman had told Suarez that he was not in his plans, according to Marca.

Reflecting on the 2020/21 season, the 34-year-old who joined Diego Simeone’s Rojiblancos and went on to score the goal that won Atleti the trophy told El Partidazo about his emotions on the final day of the season.

The former Liverpool striker said, “My tears were tears of happiness. I’m not going to go against Barcelona.

“It was because of the situation, I’ll always be grateful to them because they’ve given me everything and allowed me to play at the elite level.

“Then the coach [Ronald Koeman] came to tell me that he doesn’t have me in his plans because he wants another kind of No.9. But Koeman said ‘they told me to tell you’. After leaving me out for three games he then said ‘if things aren’t resolved, I’m going to count on you against Villarreal’. That’s when I realised that he didn’t have a lot of character. He wasn’t a coach, it all came from above.”

Schmeichel set to shine as Denmark dare to dream again

Dortmund expect loss of around €75m due to pandemic