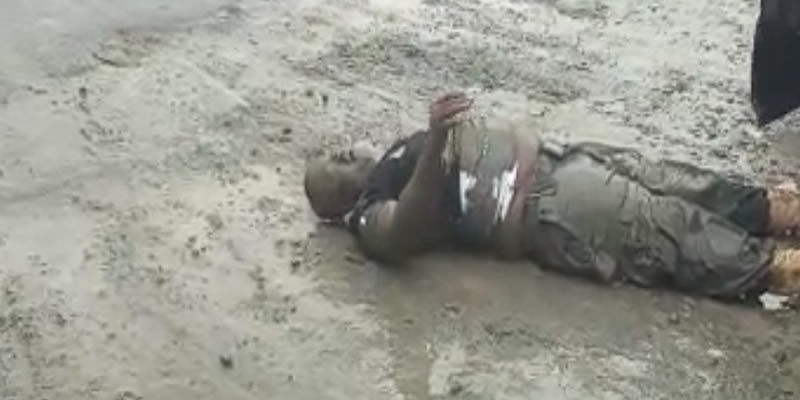 A video making rounds online capture the moment a police inspector was reportedly beaten to a pulp by Soldiers stationed at Eleme Petrochemical gate located at Port Harcourt in Rivers State on Sunday, August 16.

Newsmen had earlier reported that the man identified as Hosea Yakubu later died while receiving treatment after he was rushed to the University of Port Harcourt Teaching Hospital (UPTH) for medical attention.

A viral video has shown the moment the police inspector was abandoned on the expressway, suffering in pains after he was beaten with a plank.

Recounting how the police inspector died, his sibling said

“My brother and two other policemen drove one-wa because of hold up. When they got to Eleme Petrochemical gate an Army man on mufti stopped them and they started quarreling and later started fighting.

“One of the soldiers who later joined the fight and used a thick plank to hit my brother’s head and he fell and couldn’t move.

After 24 hours on admission, he gave up.

MORE READING!  Regina Daniels says she doesn't have friends to be there for her

watch the video below;