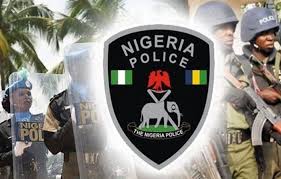 The command’s spokesman, SP Olumuyiwa Adejobi, said in a statement on Monday that Olorunroba was shot at AVID Sharwama Spot, Alagbado on Friday.

Adejobi said that the suspects had begun to give useful information that could assist the police in its investigation.

“The deceased had an altercation with another customer, who is now at large at the spot.

“After the shooting; the deceased’s friend, Kazeem, took him (Kayode) to a herbalist in Ogun, who extracted the pellets from him instead of reporting the incident to the police.

“Kazeem later took Kayode to his brother’s house at Ipaja Area, Lagos State, where he gave up the ghost,’’ he said.

Adejobi said that detectives acting on the directives of the Commissioner of Police in the state, Mr. Hakeem Odumosu, were mobilized to hunt for the suspects and arrested them.

“Odumosu has ordered the State Criminal Investigation Department (CID), Panti, to take over the case for discreet investigation.

“He (commissioner) reiterates his commitment to rid Lagos State of crime and criminality with the support of the residents of the state,’’ Adejobi said.

Times are hard, I need money to feed my family, says fraud suspect