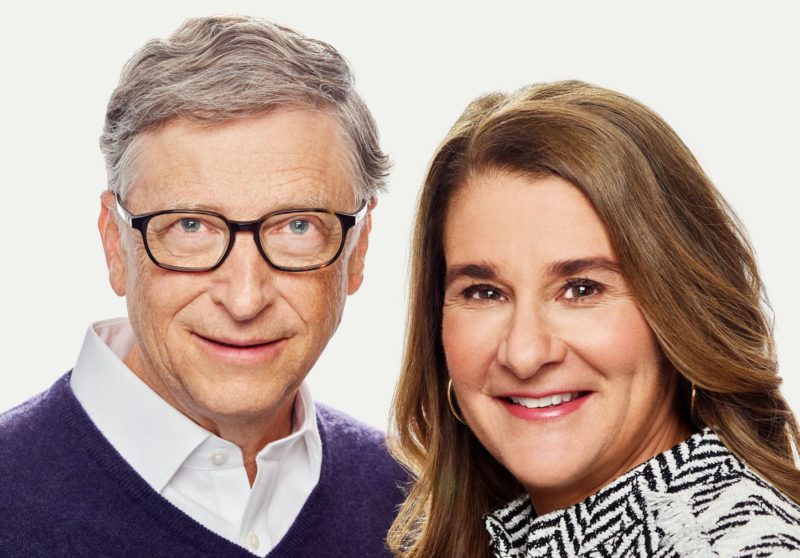 The world watched in disbelief on Monday following the announcement that Microsoft co-founder, Bill Gates and his wife, Melinda are getting a divorce.

Not surprising, many have anticipated after the announcement that the Gates’ assets which include properties in five states, a private jet, an astonishing art collection and a fleet of luxury cars, could also go the way of Jeff Bezos.

Daily Mail actually placed the Gates’ assets at an estimated $130 billion, making them the fourth-richest people in the world, behind Bezos, Elon Musk, and French luxury goods owner Bernard Arnault.

It also projected that Bill and Melinda Gates’ divorce would be the largest division of assets since Jeff Bezos and his wife MacKenzie split in mid 2019.

That assumption evaporated on Monday night in the wake of TMZ exclusive report that the mega marriage of the Gates has no prenuptial agreement. 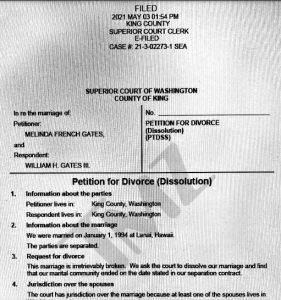 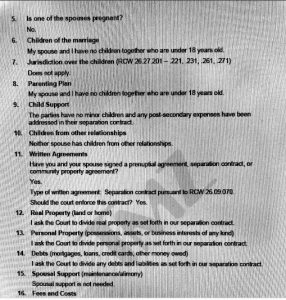 A prenuptial agreement (prenup for short) is a written contract created by two people before they are married.

It typically lists all the property each person owns (as well as debts) and specifies what each person’s property rights will be after the marriage.

TMZ further backed up its report with copies of the divorce petition filed by Melinda asking the Superior Court of Washington to dissolve their 27-year union over claims that it is irretrievably broken.

“This marriage is irretrievably broken. We ask the court to dissolve our marriage and find that our marital community ended on the date stated in our separation contract,” the divorce document read.

The document also mandated the judge to rule the marriage ended “as of the date in the separation contract.”

Although the contract was not included in the divorce file, the couple apparently separated at some point earlier and signed a document to that effect. 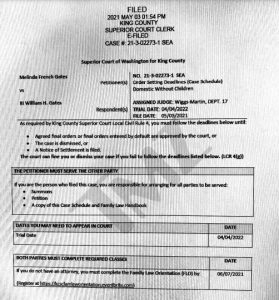 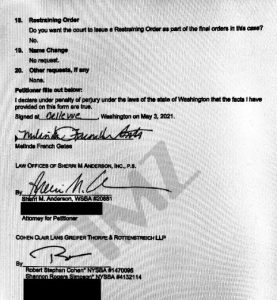 The news of their divorce may have come to many as a rude shock, the latest revelation has, however, laid to rest speculation over the financial implications of the divorce.

According to the available documents, their court filing mentioned the divorce only in their separation agreement.

Additionally, it also emphasised that Melinda, 56, would not be honoured with any spousal support.

The couple asked for a trial date in April 2022, but observers believed that such trial often end up in out-of-court settlement.

The announcement of their split is coming less than two weeks after they made their last public appearance, virtually, at a COVID event for healthcare workers.

Bill Gates is currently ranked fourth richest man, according to Forbes, with an estimated net worth of $124 billion, which grew from $98 billion in 2020.

Related Topics:SHOCKING! Bill and Melinda Gates had no prenuptial agreement
Up Next

10 things to note about Bill and Melinda Gates’ Washington mansion