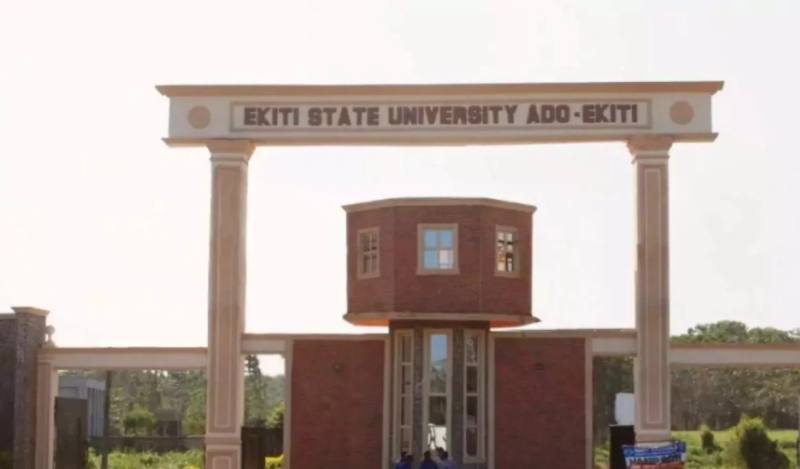 A lecturer in the Accounting Department of the Ekiti State University (EKSU), Ado-Ekiti, has been dismissed for sexually harassing a female student in June 2019.

WuzupNigeria reports in June that Dr. Olola Aduwo was filmed pants down with a female student identified as Nike.

He was reportedly attempting to have carnal knowledge of the student after he invited her to his house at night when the lady’s friends busted him.

It was gathered that the girl’s boyfriend and some of his friends were also in on the plot and told her to play along.

A video of the incident went viral prompting the university to query and set up a probe panel on the matter.

The University Governing Council, at its 135th meeting held on Thursday 5th December 2019, approved the recommendations of the Senior Staff Disciplinary Committee (Academic) that recommended his dismissal.

In a statement on Friday by the institution’s Public Relations Officer, Bode Olofinmuagun, the Vice-Chancellor, Prof Edward Olanipekun said the committees heard the cases against the randy lecturer, strictly followed all laid down procedures and gave him the opportunity to defend himself of the allegation.

He explained that Aduwo, however, admitted to the allegations and confirmed the authenticity of the report of the preliminary panels before which he appeared.

Olanipekun said the Governing Council, led by its Chairman, Prof. Bamitale Omole found the lecturer culpable of all the allegations levelled against Aduwo and subsequently ordered his dismissal from the services of the University with effect from 7th October 2019.

In the viral video, Aduwo was seen naked as he was being ridiculed by some students. Some female students of the university who were believed to have laid siege to Nike’s residence were also seen dragging the embattled lecturer out of a room as he pleaded for mercy.