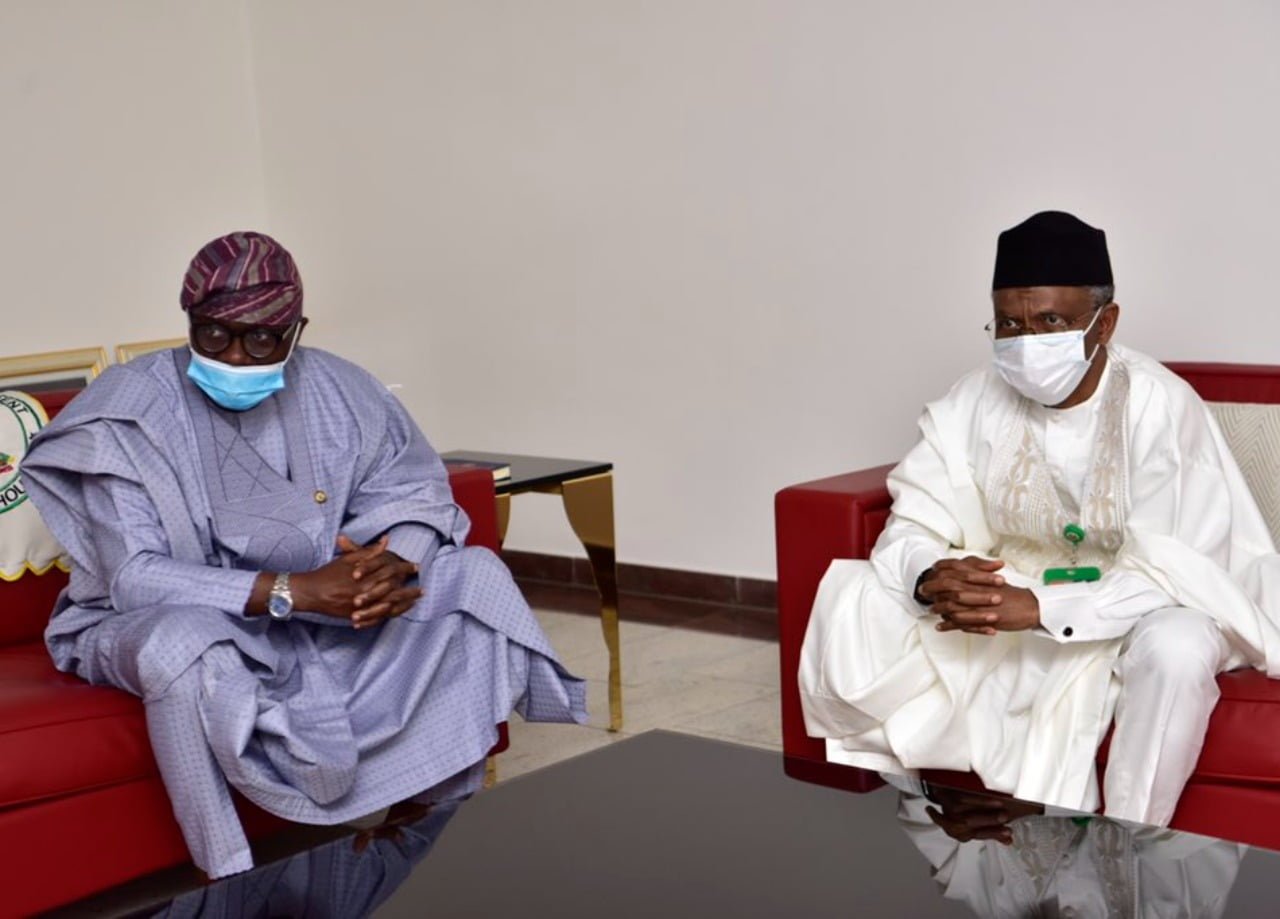 Governor Nasir El-Rufai of Kaduna State paid a sympathy visit to Governor Babajide Sanwo-Olu of Lagos State on Thursday over the recent carnage unleashed in the state by hoodlums.

The country’s commercial centre was almost turned into a war zone after hoodlums hijacked the #EndSARS peaceful protests, destroying public and private-owned properties, including police stations and shopping malls.

Reacting to the unrests which occurred in October, El-Rufai said he “nearly shed tears” after seeing some of the pictures of the destruction.

He added that anyone “who cares about development and progress will cry” after seeing what he saw.

El-Rufai, at the Lagos House in Marina where he met Sanwo-Olu, said that his counterpart will be forced to re-invest scare resource to rebuild the state.

According to a statement by Sanwo-Olu’s Chief Press Secretary, Gboyega Akosile, the Kaduna State governor said he nearly shed tears seeing photos of burnt and looted sites in Lagos.

The statement was titled, ‘El-Rufai: Youths Who Destroyed Public Assets In Lagos On Self-Destruction’.

It quoted El-Rufai as saying, “I have spent time to see some of the pictures of the destruction done on public properties in Lagos and I nearly shed tears. Anyone who cares about development and progress will cry after seeing what has been done to public facilities and people’s investment that provided jobs to youths.

MORE READING!  Terrorism may continue for another 20 years in Nigeria, says Buratai

“While expressing anger on police brutality may be right, but destroying public properties, which will have to be rebuilt using money that is needed to invest in other public infrastructure, under the guise of protest is nothing but self-destruction.

“The Government of Lagos and the Federal Government will have to re-invest scarce resources that could have been used for other things to rebuild the vandalised facilities.”

The Kaduna State governor also sympathised with the Nigeria Police Force and those who lost loved ones in Lagos in the wake of the violence, saying the Federal Government must not allow wanton destruction of public assets to happen again.

On his part, Sanwo-Olu thanked his colleague, saying the state had moved on but “vowed to make the state uncomfortable for those with the intention to destroy the state’s economy and heritage.”