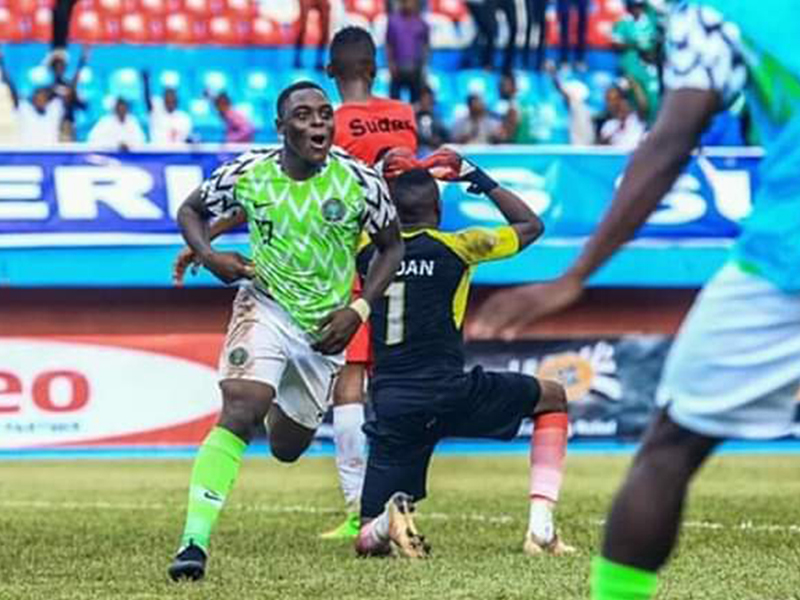 Super Eagles coach, Gernot Rohr has handed a late call up to CF Montreal forward, Ibrahim Sunusi, as Nigeria faces Mexico on Saturday for an international friendly at the Memorial Coliseum, in Los Angeles.

The national team’s media officer, Babafemi Raji, revealed that the 19-year-old arrived at the team’s camp in Los Angeles on Thursday ahead of the game.

“CF Montreal forward, Ibrahim Sunusi, has been drafted in to join the Super Eagles for the friendly against Mexico. He has arrived camp in Los Angeles,” Raji said.

According to The PUNCH, the ex-Nigerian youth international finished as the joint top scorer in the 2019 Nigeria Professional Football League season with 10 goals in 22 matches before he moved to CF Montréal from 36 Lions FC in January.

In the MLS, Sunusi has played six games for Wilfried Nancy’s side but is yet to open his goal account.

Raji also revealed that Tottenham Hotspur shot-stopper, Joshua Oluwayemi will join the Eagles on Friday ahead of the game.

Related Topics:FeaturedRorhrSuper eagles
Up Next