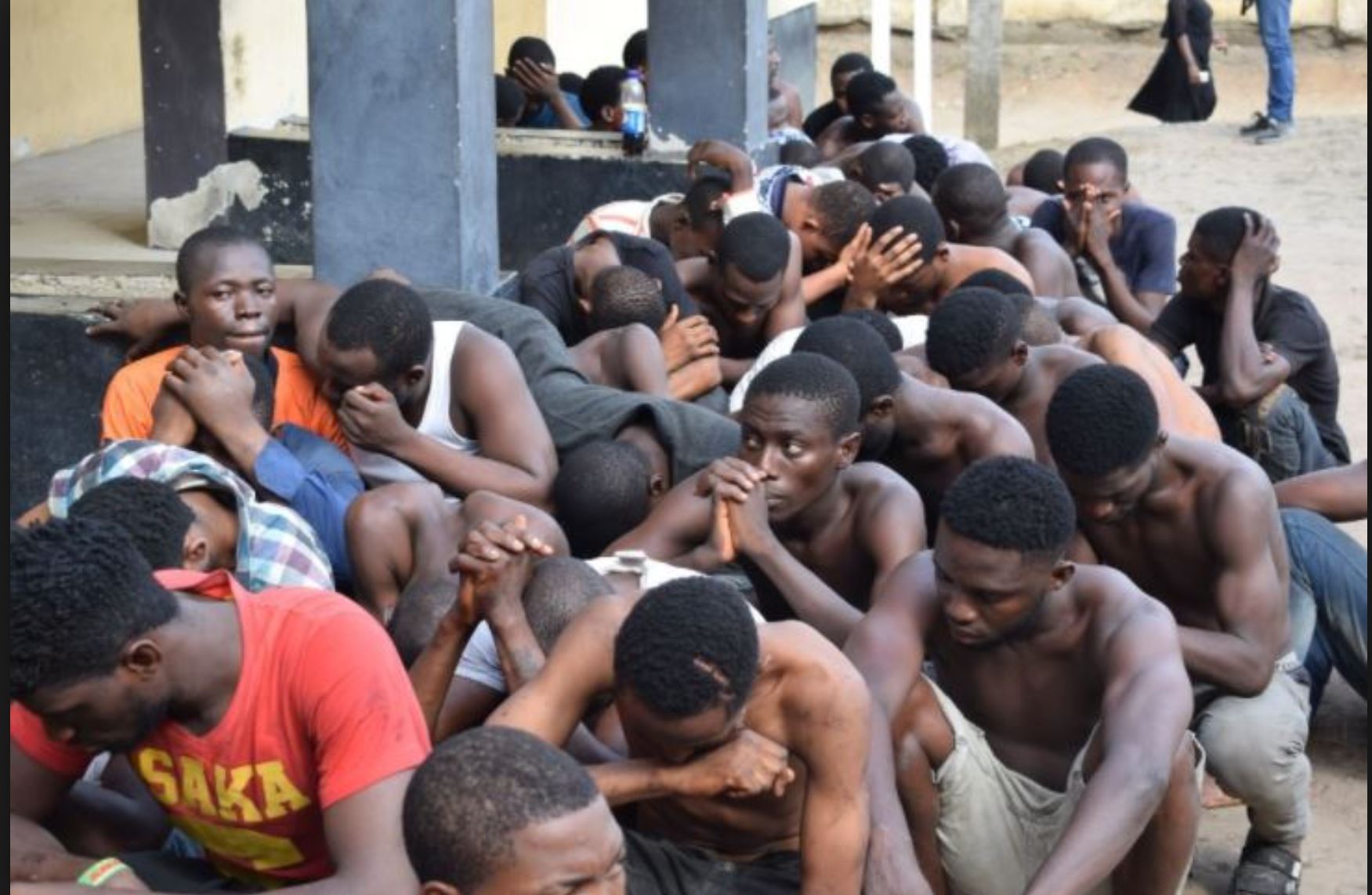 The Lagos State Deputy Commissioner of Police (Operations), Mohammed Ali, on Tuesday, issued a stern warning to traffic robbers and cult members in the state to renounce criminal activities, as the command had resolved to track them down.

Ali spoke when he played host to a group, Agege Community Media, at the Command Headquarters, in Ikeja.

According to him, various proactive crime strategies have been put in place to suppress and clamp down on traffic robbers and cult members in the state.

“Traffic robbers and cultists are criminals. My advice to them is to relocate, out of Lagos, otherwise, we will dislocate them.

“Anyone arrested with be charged to court and end up in prison. Then, life to such person has no meaning.

“So, instead of wasting your life as a young boy or young person growing, by ending up in jail, why don’t you drop the idea of joining any of these groups of criminals- be it cultists, traffic robbers, armed robbers or kidnappers?”

The DCP said that kidnapping business was not thriving in the state because the criminals knew that when they did such, they would be tracked down as many others have been.

He said that partnership with various stakeholders and state government interventions in security matters had brought crimes to the barest minimum in the state.

Ali said that the command had been partnering with local vigilante groups, community leaders, youth leaders, religious leaders, among others to support in intelligence gathering, to track criminals in the state.

The police boss said that many criminals in the state had been tracked down, arrested and prosecuted, warning that no criminal would go untracked and unpunished.

Asked where had the state got it wrong with the increase in robbers and cultists, Ali said: “I don’t think we have got it wrong anywhere, because as we speak, Lagos today is the safest place to be in the whole of this country.

“Yes, I can beat my chest on that. Over a hundred people come into Lagos on a daily basis because of its peculiar nature as the economic nerve of the country and a commercial city.

“With all these, today in Nigeria, Lagos is adjudged to be the safest place to be in term of security. You can hardly hear of kidnapping in Lagos today.

“Lagos, just like any other city in the world, cannot pride itself to say there is no crime. There must be crime, but then, what is the degree of the crime? For now, we are on top of the situation.

“In the area of traffic robberies, we have put in strategies that are working for us, but we cannot eradicate crimes 100 per cent. Quite a number of traffic robbers have been arrested and charged to courts.”

The DCP, who noted that he just held a conference with all Divisional Police Officers and Area Commanders and presented each person his or her scorecard, said that the police would not rest until criminal elements were crushed.

He said that the command had partnered the National Union of Road Transport Workers (NURTW), Local Government chairmen among others to fight traffic robberies.

“Globally, no single person can fight crimes alone. The police cannot do it alone, that is why there is a need for that partnership.

“The partnership, taking into cognizance the issue of community policing, I want to say is working for us.

“We are partnering closely with all the stakeholders even in fighting cultism going down to secondary schools,” the police boss said.

He said that the command on June 16 held a meeting with members of Police Community Relations Committee on how to address issues of cultism in secondary schools and how to embark on sensitisation.

Ali said that cultism had marred and taken so many lives of young people, and the command was working to bring down the trend.

“Parents should talk to their wards and educate, warn them against belonging to associations that won’t help them. We also talk to National Orientation Agency (NOA) to carry out enlightenment programmes.

“We also partner with religious leaders, traditional leaders, youth leaders and others to educate school children against cultism.

“I am sure if all hands are put on deck, issues of cultism will be brought down to the nearest tolerable minimum,” he said.

Mr Wale Adeleye, the leader of the group, commended the Police for its efforts at making the state safe, urging the command not to relent until all residents could sleep with their two eyes closed.

Woman ‘in possession of human head’ escapes lynching in Nasarawa