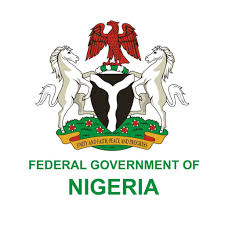 The Federal Government has reassured that the latest economic recession the country slid into owing to the impact of COVID-19 will be short-lived.

The Minister of Information and Culture, Alhaji Lai Mohammed, gave the assurance on Monday in Lagos at a New Year media briefing.

Nigeria officially entered recession at the end of the third quarter (Q3) in 2020 after the country’s Gross Domestic Product declined for the second consecutive quarter in 2020 (Q2 and Q3).

“The latest recession in Nigeria will be short-lived, and Nigeria will return to positive growth soon, unlike the 2016 recession which lasted five quarters.

“This is because of several complementary fiscal, real sector and monetary interventions proactively introduced by the government to forestall a far worse decline of the economy and alleviate the negative consequences of the pandemic,’’ he said.

To justify the position, Mohammed said that as the year 2020 was rounding off, the Nigerian Stock Exchange (NSE) was named the best-performing stock market among the 93 equity indexes being tracked by Bloomberg across the world.

The minister, who hinged the recession on the impacts of the COVID-19 pandemic, noted that Nigeria was not alone in the situation.

He said dozens of countries, including economic giants like the US, UK, and Canada, had entered into recession due to the global pandemic.

The minister also reiterated that the recession also marked a lot of positive economic developments in the country.

“The economic conditions are actually improving, with 17 activities recording positive real growth in the third quarter, compared to 13 in Q2.

“Also, 36 of 46 economic activities did better in the third quarter of 2020 than in the second quarter of the same year.

“The -3.62 percent contraction recorded in the third quarter of 2020 was better than the -6.01 percent earlier forecast by the National Bureau of Statistics, and outperformed several domestic and international forecasts,’’ he said.

Mohammed noted that prior to COVID-19, the Nigerian economy had been experiencing sustained growth, which was
improving every quarter, until the second quarter of 2020 when the impact of the pandemic started to be felt.

He said the oil sector was largely responsible for the slowdown in economic activities in the third quarter of 2020 as it recorded a sharp contraction of -13.89 percent year-on-year.

The reason for the decline, according to the minister, was the slowdown in global economic growth and oil demand due
to the pandemic.

He said Nigeria’s obligations to meet OPEC cuts were principally responsible for the slowdown in the performance
of the oil sector.

On the non-oil sector, Mohammed said though it also contracted in the third quarter of 2020, the decline in the sector by -2.51 percent year-on-year was significantly better when compared to the second quarter of the same year.