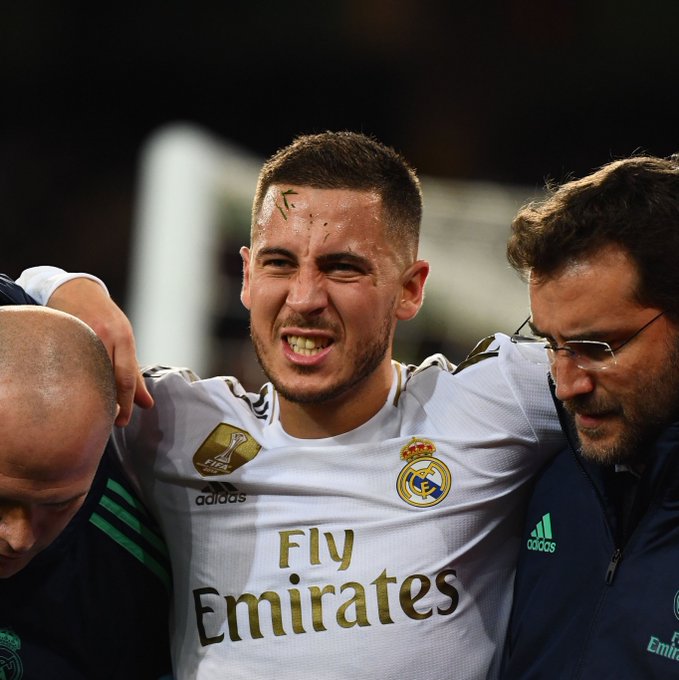 Eden Hazard is set to be on the sidelines again after suffering another muscle injury, the club announced on Wednesday.

The Belgian star’s time at the Bernabeau has been plighted by a series of injuries, his tenth since joining from Chelsea

“Following tests carried out today on our player, Eden Hazard, by Real Madrid Medical Services, he has been diagnosed with a muscle injury in the rectus femoris of his left leg. His recovery will continue to be assessed,” the statement said.

The ex Chelsea winger has missed a total of 38 games across all competitions since joining Real Madrid in 2019-20.