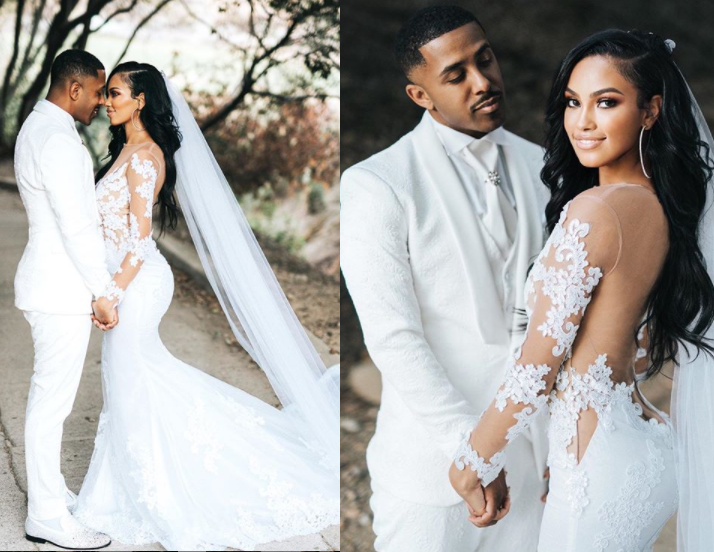 The pair exchanged vows at the Eagle Glen Golf Club in Corona, California on Monday, August 24. The wedding was attended by a small group of friends and family members of the couple.

Houston shared the exciting news and photos from their wedding via his Instagram page.

He wrote in one of his posts;

‘We can’t believe the day has finally come! The day when the two of us were bonded together before Jehovah to become one.

Jehovah has blessed us with a true happiness that is unmatched! Matthew 19: 5,6

“For this reason a man will leave his father and his mother and will stick to his wife, and the two will be one flesh” 6 So that they are no longer two, but one flesh. Therefore, what God has yoked together, let no man put apart.’

However, some fans have expressed their dissatisfaction with the union due to the couple’s 20-year age difference.

One fan described the wedding as another ‘R. Kelly and Aaliyah situation.’ 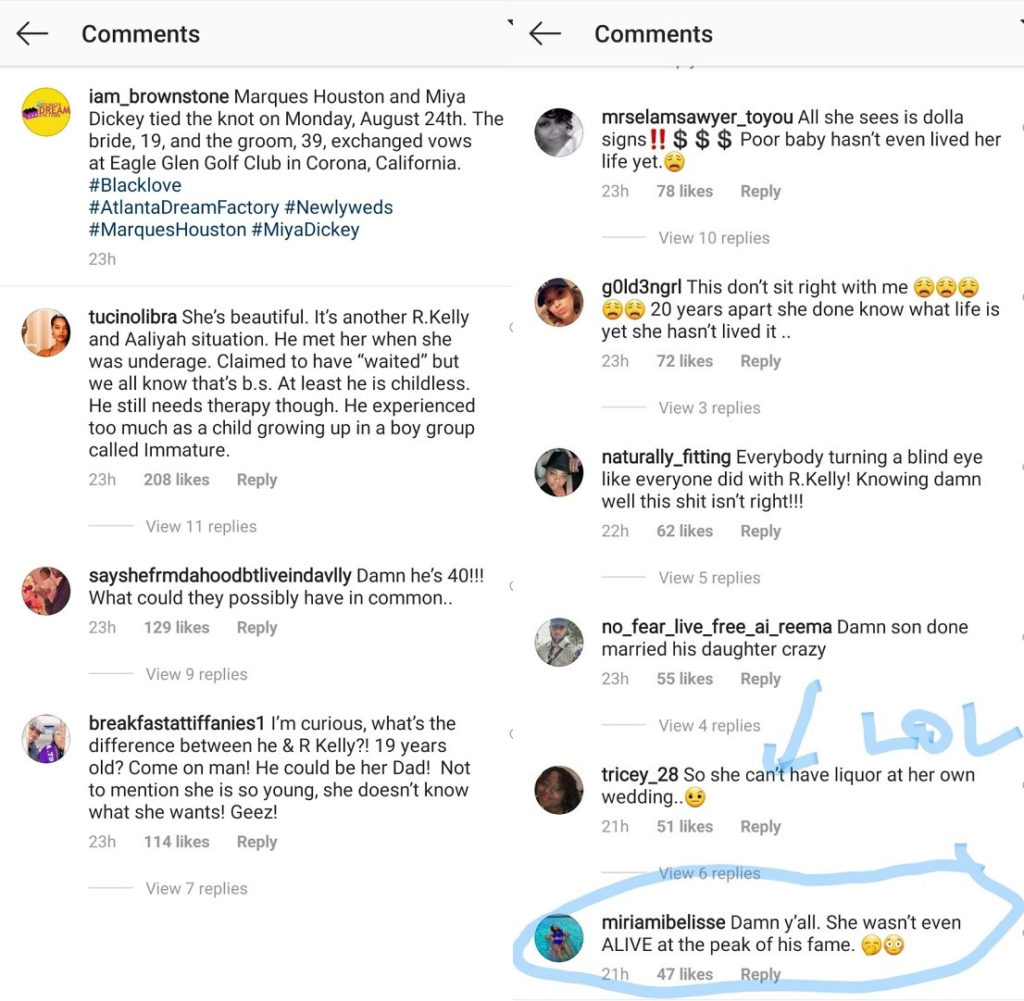 Marques previously defended their 20-year age difference back in June on Instagram where he noted that his father and all the people closest to him ‘love her.’

Houston and Dickey got in engaged in March 2019 after five months of dating. 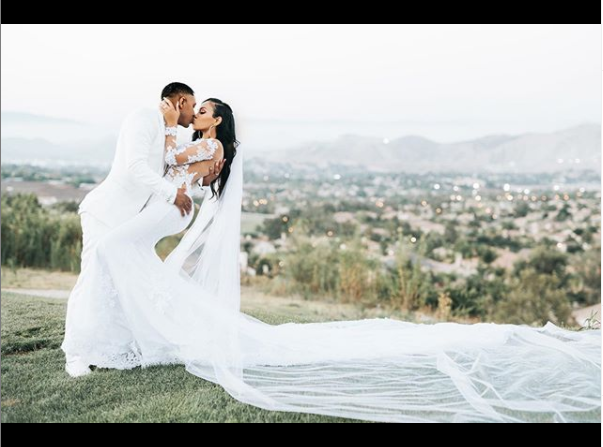 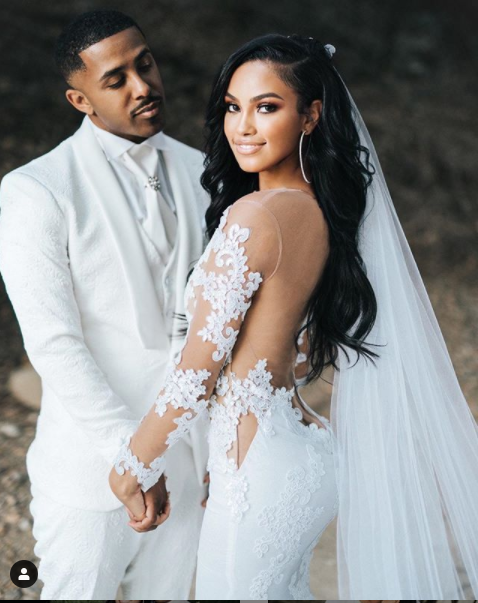 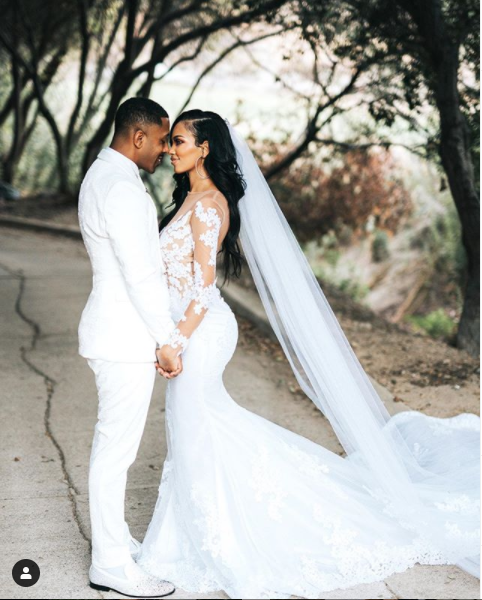 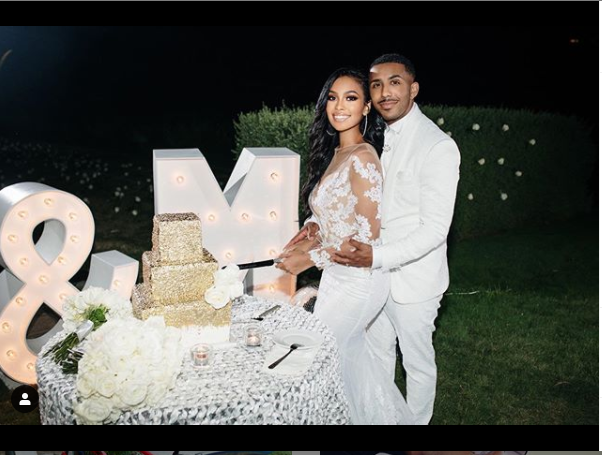 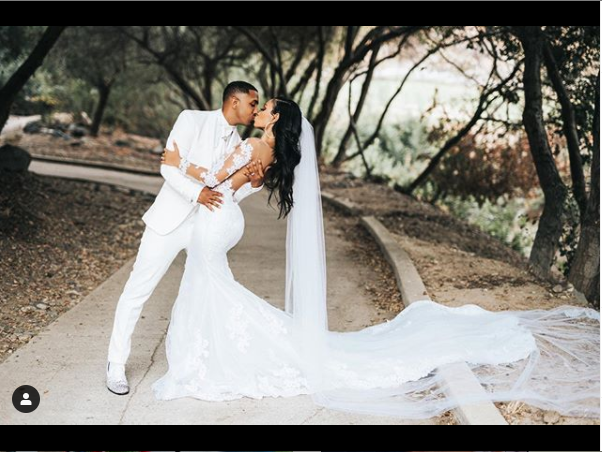 See how Bobrisky dazzles all dressed in white (Photos)