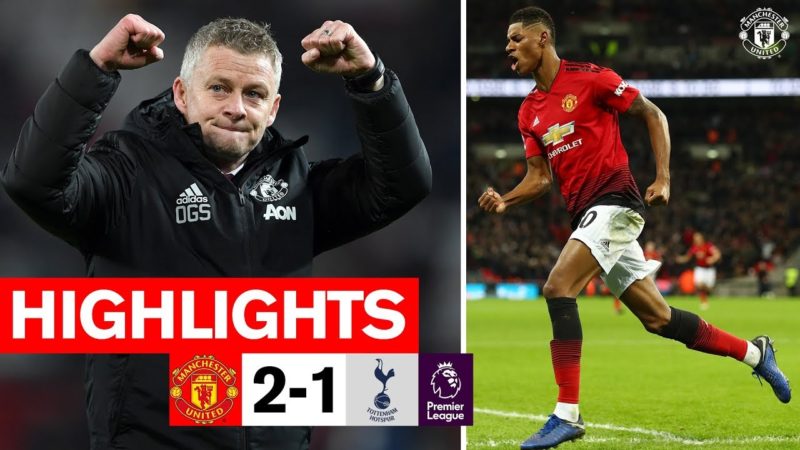 Jose Mourinho’s return to Old Trafford ended in defeat with Marcus Rashford scoring twice for Manchester United in a 2-1 victory over Tottenham Hotspur.

Mourinho was sacked as United manager almost a year ago and this was his first defeat in four games since taking over from Mauricio Pochettino at Spurs last month.

United grabbed a seventh-minute lead when Spurs defender Davinson Sanchez came off second best in a tussle with Jesse Lingard and the ball fell to Rashford, who confidently unleashed a low drive which rattled in off the post.

Rashford, in outstanding form, then had a dipping drive brilliantly tipped on to the bar by Spurs keeper Paulo Gazzaniga and United created a series of good openings, playing some of their best football of the season so far.

But six minutes before the break, a Serge Aurier shot was saved by the legs of David De Gea.

The ball looped high in the air and Dele Alli produced a remarkable piece of skill to bring the ball down and twist past Fred and Ashley Young before finishing with aplomb.

It took only four minutes of the second half for United to regain their advantage.

Cutting in from the left, Rashford jinked past Aurier and burst into the box only to be tripped by Moussa Sissoko, earning a penalty.

He took the spot-kick himself from a short run-up and slotted home.