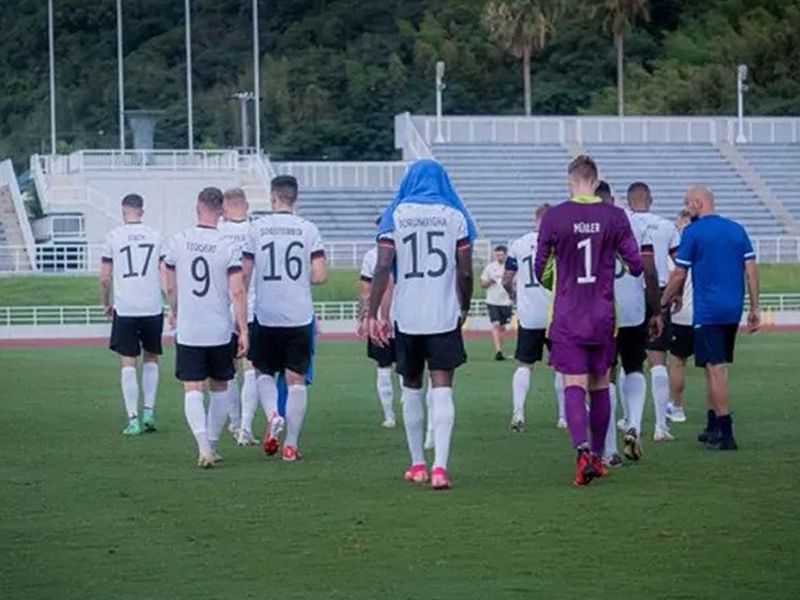 The men’s Olympic football team of Germany walked off the field during their pre-Olympic friendly against Honduras in Wakayama, Japan on Saturday, after defender Jordan Torunarigha was allegedly racially abused.

BBC reports that Honduras led after the first period with Ausburg’s Felix Uduokhai equalising in the final third in the game which was played behind closed doors in three 30-minute periods.

However, the game did not resume and finished 1-1 with about five minutes left as Germany staged a walk-off in the 87th minute in solidarity with Torunarigha, 23, who plays his club football for Hertha Berlin.

A tweet from the official Germany national team in English account said: “The game has ended 5 minutes early with the score at 1-1. The Germany players left the pitch after Jordan Torunarigha was racially abused.”

Germany coach Stefan Kuntz, who played 25 times for the national team between 1993 and 1997, said: “When one of our players is racially abused, playing on is not an option.”

However, the official Honduras national team account tweeted at the same time and claimed that the incident was “a misunderstanding”.

“Game ended after 87′ due to abandonment because a German player had allegedly been subjected to a racist insult by a Honduran international,” Honduras’ tweet read. “… the situation was due to a misunderstanding on the pitch.”

Once the situation had calmed down somewhat, Germany boss Stefan Kuntz admitted that the Honduras squad approached the German dugout to apologise.

“After the situation calmed down a bit, the whole Honduras squad approached us in the dugout and apologised. That was the end of the matter for us,” Kuntz said.

Marca reports that this Torunarigha has had been a victim of racist abuse before now, after the Hertha Berlin defender was met with verbal insults and monkey noises during a DFB-Pokal match at Schalke in February 2020.

In that match, Torunarigha was sent off and then left the pitch in tears, clearly disgusted and frustrated by what had happened.