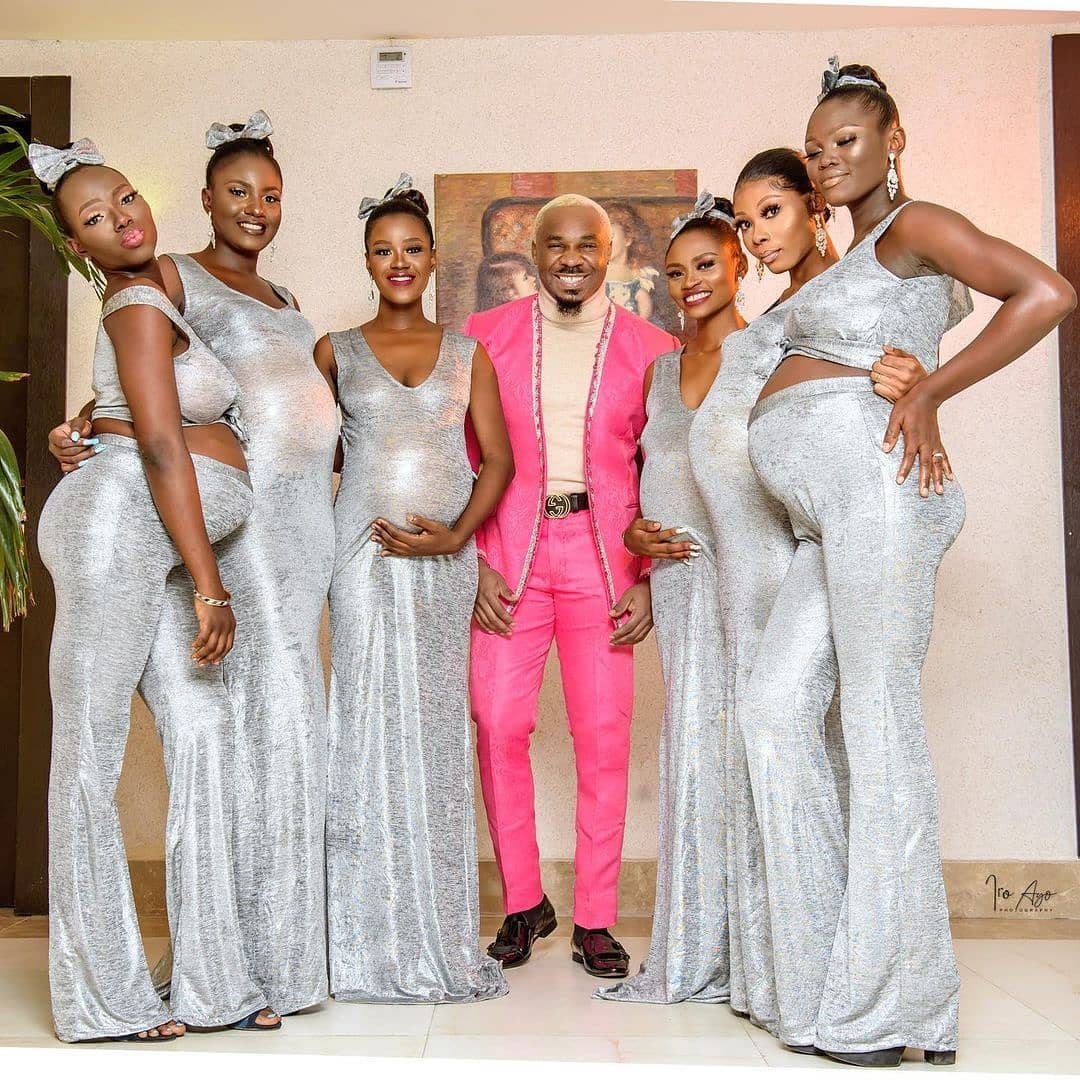 Controversial socialite, club owner and businessman Mike Eze-Nwalie Nwogu, popularly known as Pretty Mike, has a freaky way of grabbing attention and he did that in style when he attended William Uchemba’s marriage ceremony.

The club owner referred to the women as his “6 baby mothers to be”.

This isn’t his first time creating a scene while attending an event.

He was once called in for questioning after he attended an event accompanied by a number of women on dog leashes.

Also, in 2019, he attended an event with four dwarfs carrying a calabash.

Leave me out of 9ice scandal, ex-wife Toni Payne warns

If you don’t like my b**bs, a$$ the way they are, avoid me, Actress Jennifer Obodo tells suitors