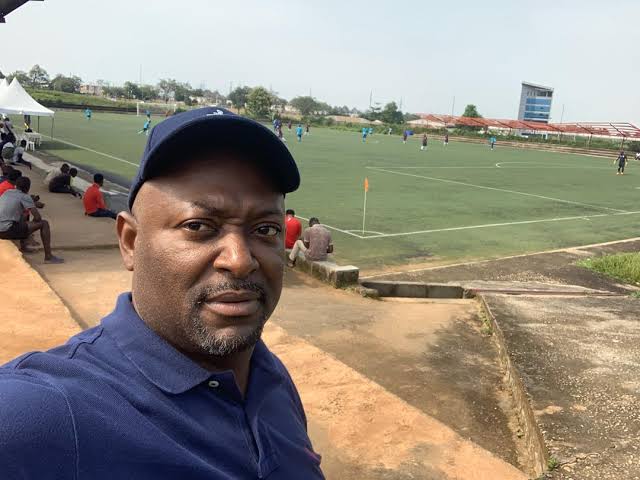 After watching the video and other evidence based on the electoral guidelines for the Anambra State Football Association election held on 30th October, 2020 in the state capital Awka, we sincerely believe that the Anambra State FA Elections Appeal Committee has little or nothing to deliberate on.

When we heard personal assistant (PA) to NFF President and former Nigerian fringe International defender, Chikelue Iloenyosi speaks of being robbed of victory or not declared the winner by the electoral umpires and also assuring his followers to be patient that in a couple of days he would be declared elected as the sole candidate for the chairmanship position by the ELECTION APPEAL COMMITTEE,  I wondered where the confidence is emanating from.

On Sunday he sent out a statement where he interpreted the Electoral guidelines to suit himself.

“It is a well-settled convention of electoral practice that an unopposed candidate in an uncontested election is not the subject of further vote but rather an automatic winner by DEFAULT. He cannot lose against a non-existent contestant neither can he contest against himself. Therefore he can never be a loser in that election but only a winner.” OBVIOUSLY a layman’s interpretation of a guideline.

He further displayed his ignorance when he likened his being the sole candidate to a football game where an opponent is disqualified and a walkover is awarded.

“Since we are all members of the Football family, we can liken that situation with what obtains when one of the teams in a match fixture gets disqualified for any reason. Obviously, the sole team on the field is the automatic winner by WALKOVER and no match is obliged to be played.”

Haven played the game he should know that an election with guidelines can never be likened to a match and even at that in a normal walkover in football, the team performs the walkover formalities to get the walkover victory.

He claims to have traversed the world playing the game, yet he does not know that many rules are made to be domesticated.

Well in every situation, an aggrieved person has a way of interpreting the rules to his/her favour.
In every elective congress or football competitions, it is governed by its rules for that particular championship. It is not governed by convention but specific rule/s which all the parties assented to before the competition/s  kicks off, you do not change the goal post when the match is underway.
The article E. (SIMPLE MAJORITY) in case of Anambra State Football Association was agreed by all candidates before taking part in the electoral process including the petitioner (Mr Iloenyosi), Football Associations are governed by rules and regulations (statutes), same as Elections/Elective Congress is governed by electoral guidelines and not by universal convention.

Anambra State football election is governed by simple majority, any rule short of that is contrary to the provision of article E which can be challenged be it in civil or football court.

But in this circumstance, no one can underrate or doubt a man desperate for number one position in any administration irrespective of wrong or right factors provided the gold is achieved.

I know that in mathematics 1+1 =2 but in law, it depends on the state of mind and interpretation by the learned juries 1 GOOD vote can never be equal to 19 BAD votes expressed by the delegates.

Just maybe the Electoral Committee didn’t understand their own guideline/s which specifically stated that before a candidate is declared a winner he/she must substantially comply with the electoral guideline/s or the electoral umpires didn’t understand the meaning of SIMPLE MAJORITY or they have forgotten simple arithmetic of simple majority that could be the reason why Iloenyosi is seeking for interpretation from the Appeal Committee.

In case of Anambra State FA Elections,  20 delegates duly accredited, announced and voted without any challenge by Iloenyosi and his agent, Iyke Igbokwe who is a learned person.

After the election, Chikeue Iloenyosi, the sole candidate scored 1 ticked GOOD while 19 ticked BAD. He would have been elected assuming the 19 delegates who voted BAD abstained from voting, in that case, 1 vote GOOD becomes a simple majority.

The election has changed the political permutations or equation in Nigeria’s football. It shows that the delegates in any football congress be it state or federal should be respected as the powers belong to them.

It has equally shown that running as a  sole candidate in any election does not guarantee one victory at the poll.

Every candidate in future football elections in any State in the Country must do his or her homework.

As it stands now it would be better to have an opponent than vying for a position as sole candidate.

Finally, we sincerely believe that having learned person as the head of the 3-man Appeal Committee, they have the opportunity to write their names in gold by upholding the decision of the delegates based on the electoral guidelines.  The electoral law must be respected.

A man that is beaten must cry and so everyone should understand why the rejected man is weeping and wailing.

The hopes of the tens of thousands of young footballers, referees, coaches and all stakeholders in this new dispensation of football in the State are in the hands of the appeal committee members and certainly, they will never forgive them if they truncate the progress of the game newly found.