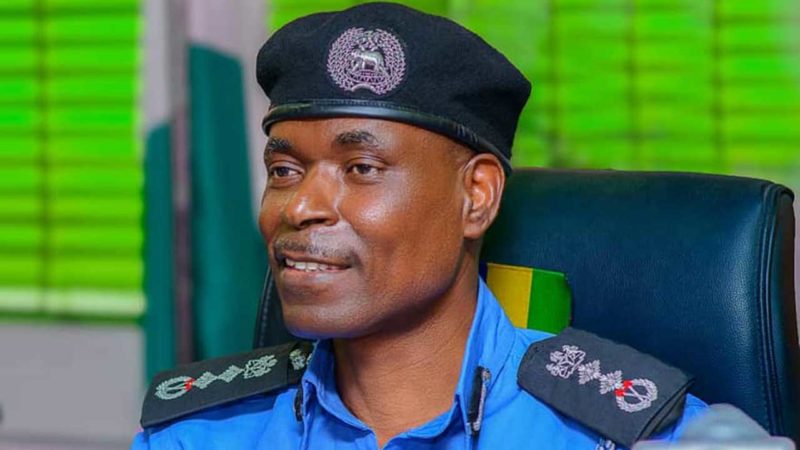 A Delta State University student has left in a dilemma of where to get his school fees before the institution’s deadline after policemen in Delta State collected the N150,000 giving to him by his parents as ‘settlement’.

According to reports, Efe Ifie, a 300 level student of Civil Engineering, was travelling back to the institution when policemen at a checkpoint flagged down the commercial bus he boarded and allegedly labelled him a fraudster.

During his ordeal, which lasted about two hours, the ‘officers of the law’ forced the 22-year-old to withdraw from his bank account N150,000 to settle them.

Read the full Punch report below,

Weeks of tireless efforts to raise his school fees paid off on Monday when his parents credited his bank account. The next day, Efe Ifie didn’t waste time. Excited that he would be able to pay his tuition fees before the December deadline, the 300 level student of Civil Engineering at the Delta State University took his travel bag and left for school at noon.

As the journey progressed, he basked in the excitement that the worries over raising the school fees were over. Little did he know that a shocker was awaiting him some kilometres away along Sapele-Warri Road. Some armed policemen at a checkpoint stopped the bus he was travelling in and reportedly compelled him to cough up N150,000 meant for the school fees and his feeding.

Ifie told City Round during the week the policemen flagged down the bus and asked him to disembark for inspection.

He stated that after the men checked his bag without finding anything incriminating, one of them collected his phone.

“While he was checking it, he saw two Gmail accounts,” he disclosed. “One is my personal email addresses bearing my name while the other carries the name of my dance crew.”

The 22-year-old explained that to his amazement, the policeman afterwards tagged him a fraudster for operating two email addresses.

“I told him I am not a fraudster and was trying to explain to him that the second email is for my crew. He called his colleague to take me into their vehicle far from where the bus I was travelling in was and they handcuffed me. They told the driver to leave me. I told them I am a student and that I was going to school.”

He said he repeatedly pleaded with the cops to allow him to call his parents but they declined.

Ifie said they reportedly asked him to ‘settle my case,’ a request that left the young man startled and helpless.

“I asked them what they meant by that. One of them asked to know my tribe and I told him I am Urobo. He said Urobos are thieves. They said my settlement fee was N200,000. I screamed and asked them where they wanted me to get that amount.

“I asked them again to give me my phone so I could call my parents. They said I should settle them at that spot or they would take me to their station. They were there for over an hour, intimidating me. Their names were not on their badge.”

He explained that the policemen eventually took him to the station, Ekpan Police Division, around 2pm and threatened to lock him up if he failed to settle them.

“Meanwhile, I have the credit alert of my school fees and feeding money in my phone. They threatened to put me in a cell where other boys like me have been for over two weeks. They said they would thereafter take me to the EFCC. I begged them to let me call my parents but they did not answer me.

“They asked me if I have money in my account and I told them I didn’t. They started searching my phone and saw the alert. They said they must collect N200,000. I begged and told them it’s my school fees. They took me to an ATM point but it did not work. They then took me to a POS stand around the station and forced me to withdraw N150,000 from my account for them. My school fees was about N80,000 while the remaining money was for my welfare. The payment for school fees is closing next month.”

The student said the policemen took him back to the station, gave him his bag and freed him.

“As I was walking away, one of them called me back and said another police team was ahead and that if they arrested me, they would bring me back to the station and collect another money from me. I told him I was going home; he then put me in a tricycle that took me to the park.

“When I got home I narrated what happened to my parents and they were upset because it was difficult for them to raise that money. I don’t know the names of the policemen because they didn’t wear name tags but I can identify them,” he added.

An activist, who is following up the case, Mr Harrison Gwamnishu, lamented on his Facebook page that the Delta State Police Command had not acted on the case.

“Dear CP Adeyinka Adeleke, some officers from Ekpan Division, Warri, collected a student’s school fees (N150,000). No statement. No crime. His only crime was having a phone and money in his account.

“Sir, the office of the PPRO (Police Public Relations Officer), state command, headed by DSP Onome Onovwakpoyeya has never issued a statement to the general public on your stand against these criminal activities by your officers.

“Let it be on record that I, Harrison Gwamnishu, will roll out my camera and devices this Christmas period to stop this criminal activity by officers of the law who swore to protect lives and property. Don’t say you are not aware of this complaint. Please see this post as harmless and a duty of a Nigerian who suffered same abuse in 2011. I have worn the ugly shoes of injustice, oppression, unlawful detention and malicious prosecution.”

But the police spokesperson, Onovwakpoyeya, told our correspondent on the telephone on Thursday that the police team could not have been from Ekpan Division as the spot where Ifie was picked was not under the division’s jurisdiction.

“There is nothing much we can do. The appropriate thing is for the person to report in my office. The person can do an email to my office, explaining what happened if he doesn’t want to come. And if there is anything he noticed about the policemen that we can use (to fish them out), he should tell us.”

MORE READING!  My lesson teacher raped me in the toilet at age 10- Actor Uche Maduagwu
Related Topics:Adeyinka AdelekedeltaFeaturedfraudsterPolicePolicemenSchool feesUrobo
Up Next

In an attempt to obtain power from God, evangelist goes on 40 days dry fast, dies