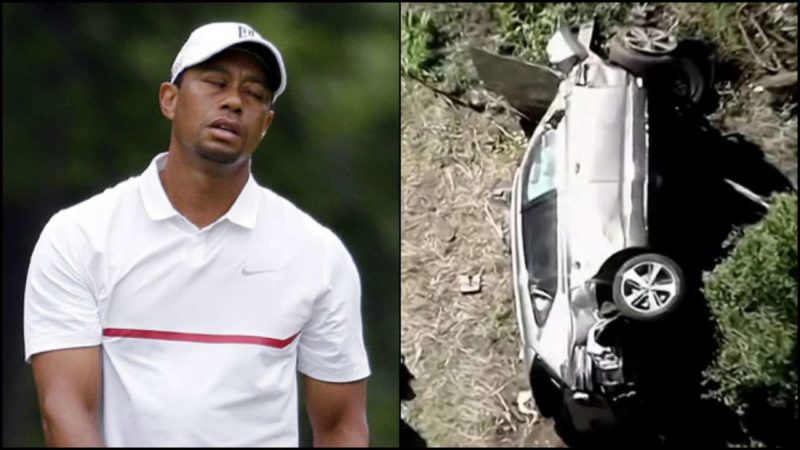 Los Angeles Police revealed that it has discovered the cause of Tiger Woods’s car accident but would not reveal their findings to the general public.
Recall that the golf legend crashed his SUV – a Genesis GV80 in a ghastly crash on February 23 near Rolling Hills Estates in Los Angeles County.

After about a month of an investigation by the police, which included the retrieval of the SUV’s black box, the police has finally come to a conclusion on the cause of the accident that left the famed golfer with multiple surgeries.

Sheriff Alex Villanueva has been criticized for his comments about the crash, calling it “purely an accident” and saying there was no evidence of impairment.

Woods told deputies he did not know how the crash occurred and didn’t remember driving.

He was unconscious when a witness first approached the mangled SUV. But a sheriff’s deputy said the athlete later appeared to be in shock but was conscious and able to answer basic questions.

“A cause has been determined, the investigation has concluded,” Villanueva said during a live social media event Wednesday.

But Villanueva claimed investigators need permission from Woods – who previously named his yacht “Privacy” – to release information about the crash.

“We have reached out to Tiger Woods and his personnel,” Villanueva said.

“There’s some privacy issues on releasing information on the investigation so we’re going to ask them if they waive the privacy and then we will be able to do a full release on all the information regarding the accident.

“We have all the contents of the black box, we’ve got everything. It’s completed, signed, sealed and delivered. However, we can’t release it without the permission of the people involved in the collision.”

Hours after the social media event, the sheriff’s department posted a message on Twitter saying that the release of such reports falls under California’s vehicle code.

“When we are able, we intend to release the information learned during the traffic collision investigation” that involved Woods, the tweet stated.

Greg Risling, a spokesperson for the Los Angeles County district attorney, said in an email Wednesday that no felony or misdemeanour complaints against Woods had been filed through their office regarding the crash.

However,  a professor at the John Jay College of Criminal Justice and a retired New York City Police Department sergeant, Joseph Giacalone, has faulted Villanueva’s statement about privacy issues and stated that it did not make sense.