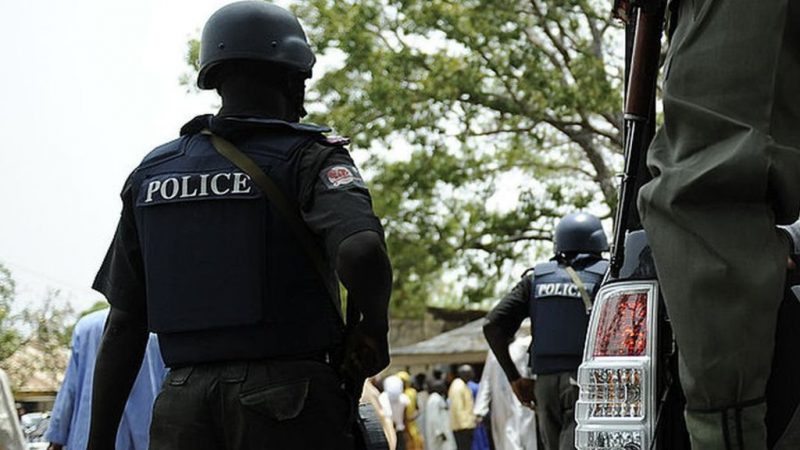 Operatives of the Nigeria Police Force in Eleme local government area of Rivers on Friday morning foiled an attempted attack on one of its divisions in the State.
WUZUPNIGERIA learnt that no fewer than five gunmen were killed while six were arrested in the failed attempt.

The gunmen were said to have camped at a forest between Oyigbo and Eleme preparatory to launch the attack before they were ambushed by operatives following an intelligence report.

A source said that the hoodlums opened fire, on sighting the security operatives, leading to a gun battle that left five of the gunmen killed and scores arrested.

“Many of them who came from the Oyigbo axis on their way to Eleme were killed…More than six of them were arrested by the police.

“The body of those killed were thrown into a Hilux van, as well as those arrested,” the source said.

“As I speak with you now the place is tensed because of the heavy shooting we heard last night and early this morning,” he added.

When contacted, the State Police Public Relations Officer, Nnamdi Omoni said he was yet to get a report of the incident, but promises to contact the relevant division and get back.

The PUNCH reported that the spokesman of the 6 Division Nigeria Army, Port Harcourt, Charles Ekeocha could not be reached for confirmation.

He neither answered several calls put across to his mobile nor responded to a text message sent to him as of the time of filing this report.

Following the rising security challenges in the state, Governor Nyesom Wike in a state broadcast placed dust to dawn curfew from 8:30 pm to 6 am.

Items recovered from the hoodlums include arms and ammunition, military uniforms, various mobile phones and walkie-talkie.

Related Topics:PoliceRivers State
Up Next