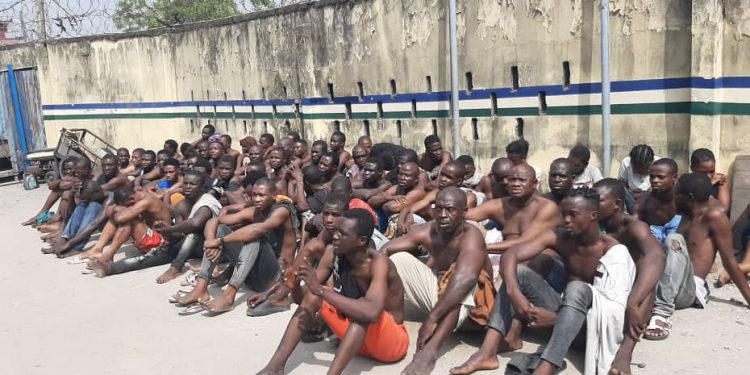 The Nigerian Police Command in Lagos State has arrested 58 suspects in its effort to restore normalcy to the Agarawu, Ita Faaji, Igbosere and other areas on the Lagos Island.

Hakeem Odumosu, the Commissioner of Police, Lagos State said this in a statement signed on Tuesday by the command’s Public Relations Officer, CSP Olumuyiwa Adejobi.

He said that Lagos Island had been under the siege of miscreants and gangsters which led the command to dispatch a team comprising the police and other security outfits to put a stop to it.

“They went after the bad boys in the areas which eventually led to the arrest of 58 suspects on Monday.

“The miscreants and gangsters in the areas have severally attacked and damaged people’s properties while some have allegedly lost their lives to their various criminal activities,” the police boss said.

Odumosu said that he had directed that the suspects be transferred to the State Criminal Investigation Department, Panti, Yaba for proper investigation and prosecution.

He also assured that the command would not rest on its oars in making sure that Lagos Island and the state generally were rid of gangsterism, hooliganism and crimes.