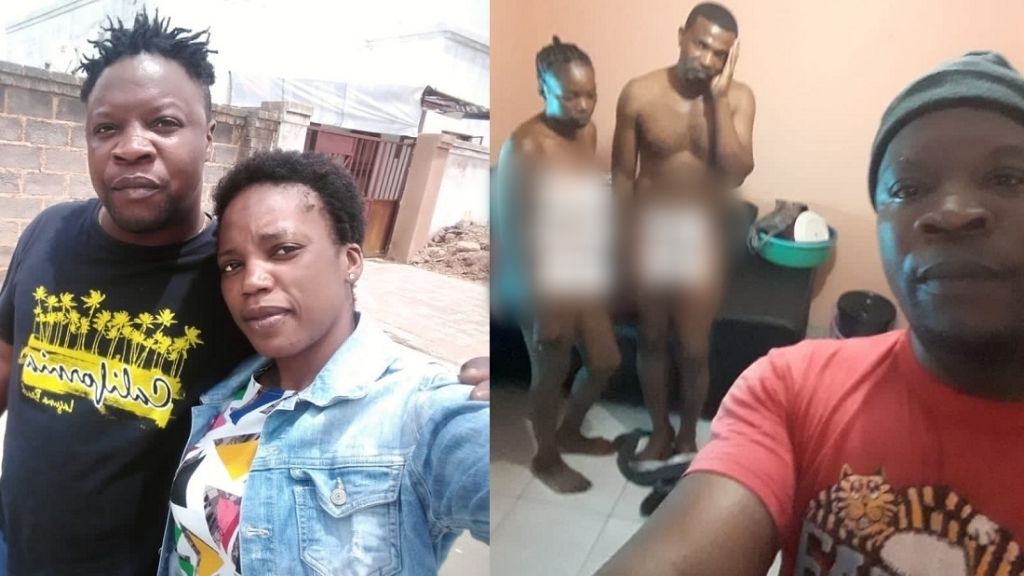 A yet-to-be-identified man who caught his wife and his best friend naked on bed has done the unimaginable.

In a photo that was posted on Twitter by a user on the platform, the man could be seen taking the selfie while the obviously ashamed duo were in the background with their heads downcast.

Twitter user, @oluwatayorhoda who shared the photos alleged that the man took the selfie for his in-laws to see.

Lol so this guy found his wife sleeping with another man in his place and took a selfie for the in-laws, I stan.

He caught his best friend having sex with his wife … the he took a selfie with them naked. pic.twitter.com/G19hmFlmG9