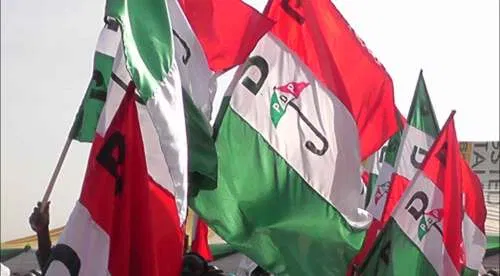 The Peoples Democratic Party (PDP) has urged President Muhammadu Buhari to immediately set up an independent national truth commission on the reported alleged killing of peaceful protesters by security agencies.

The party made the demand in a statement issued by its National Publicity Secretary, Mr Kola Ologbondiyan, in Abuja on Friday.

Ologbondiyan said that the committee should also investigate alleged recruitment of hoodlums to disrupt the patriotic demonstration by the Nigerian youth against police brutality.

He said that the party found it strange that the Federal Government pushed the responsibility of enquiry to the states, in spite of widespread allegations of those involved in the crime against humanity going on in Nigeria.

“Nigerians remain alarmed by the contradicting claims by government on the Lekki killing.

“It is recalled that in its first reaction, the military denied deploying troops to Lekki Toll Gate.

“This denial was followed by a strange claim by the Attorney-General and Minister of Justice, Abubakar Malami, who pointed accusing fingers to faceless hoodlums in military uniform as being responsible for the Lekki killing.

“Only for the military to later inform the Lagos enquiry panel that the military was invited to the Lekki Tollgate by Gov. Babajide Sanwo-Olu.

“In the same vein, Nigerians are disturbed by the contradicting claims by Gov. Sanwo-Olu, who earlier asserted that there was no causality at Lekki Toll Gate, only for him to admit afterwards that one person died and later changed his figure to two.”

Ologbondiyan added that the Federal Government had yet to make any clarifications on the viral video showing armed hoodlums being brought in vehicles alleged belonging to security agencies to attack peaceful protesters.

He said that the global community had been in distress over graphic videos of the night shooting at Lekki Toll Gate.

He added that they were worried on the gory pictures of Nigerians killed while waving the nation’s flag and singing the national anthem in protest against police brutality and myriads of injustices.

“The attack on the media, hounding and persecuting of protesters as well as alleged harassment of Nigerians who are willing to testify at the enquiry panels in some states, raise apprehensions of desperation for cover-up.”

VIDEO: Vendor’s sister cries out over his killing by Gbajabiamila’s security aide