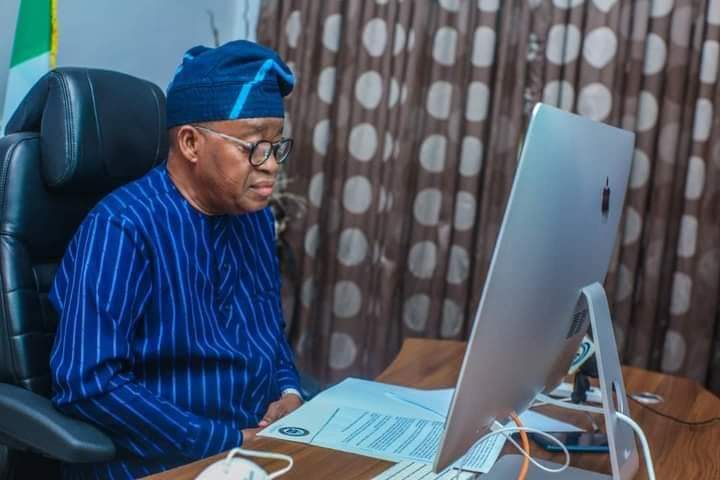 Oyetola said this while speaking at the virtual public lecture to mark the 29th anniversary of the creation of the state on Tuesday in Osogbo.

The Newsmen reports that the lecture had the theme: “Unbundling Osun Potential towards Prosperity in Agriculture, Tourism, and Mining.”

The governor said his administration would spare no effort in the unbundling of the potentials in all sectors, particularly in agriculture, tourism, and mining.

Oyetola noted that the state government, under his watch, had developed a workable and achievable roadmap that would help drive people-oriented policies that would enhance the growth and development of the state.

The governor, who reeled out some of the achievements of his administration in the last 18 months, said the state government had successfully consolidated on the past strides and recorded huge successes in its efforts to stimulate the state’s economy.

Speaking on the theme of the lecture, the governor noted that in spite of the negative effects of coronavirus on the economy, the state government had creatively designed an unusual method to respond to the challenges of making life better for the people.

“The theme of this virtual lecture is apt and timely when petrodollar is declining, the monthly allocation is progressively tumbling and economic activities are diminishing.

“It is also apposite that the lecture is coming at a time when diversification of the economy remains the obvious road to economic recovery and prosperity.

“As an administration, we believe that our state has all it takes to prosper and that the greatest potential of the state of Osun is its people and the resources that lie under its soil.

“Hardship occasioned by national economic downturn and COVID-19 challenges notwithstanding, our administration is resolved to wriggle the state out of it and put it on the lane of prosperity,” he said.

The guest speakers at the event included the Director-General of IITA, Ibadan, Dr. Nteranya Sanginga, a tourism expert, Mrs. Chiamaka Ifediora, former Special Assistant to the former Minister of Petroleum, Najim Animashaun, among others.