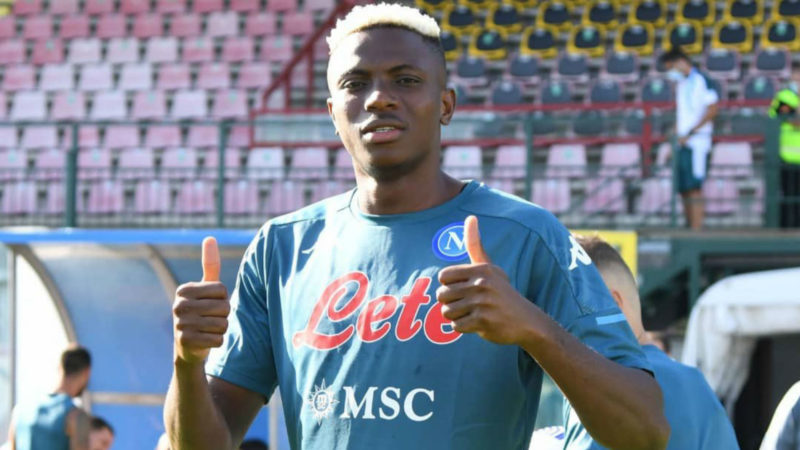 Serie A side, Napoli, have confirmed that Super Eagles striker, Victor Osimhen, has recovered from COVID-19.

Osimhen who has been missing in action for the Naples clubs since dislocating his shoulder during an African Cup of Nations qualifier for Nigeria two months ago contracted the virus while attending his birthday party during the yuletide break.

In a tweet on Friday, the club announced that he has recovered from the deadly virus prior to 21-day isolation.

The former Lille striker could return for Gennaro Gattuso’s side in Sunday against Verona in their Serie A game at the Stadio Marcantonio Bentegodi.

Reacting after Osimhen caught the virus for attending the Lagos party where COVID-19 regulations were flouted, Gattuso said:

“He has already apologized, he’s a lad who gives his all when working. He made a silly mistake, he knows that… I was the one who gave the all-clear for him to return to Nigeria and so both of us were left embarrassed by what happened…. he will pay what he needs to pay.”

MORE READING!  Sheffield closer to relegation after 2-0 defeat to Southampton

Apologising to the club and his manager via an Instagram story after returning to Italy from Nigeria, Osimhen said: “I am so sorry for what happened, I was wrong to go to Nigeria in this moment, even if I have many loved ones over there, including my brothers.

“I was wrong to take part in the party I didn’t understand the severity of what I was doing. I apologise to the club, the coach, the team and the fans.”