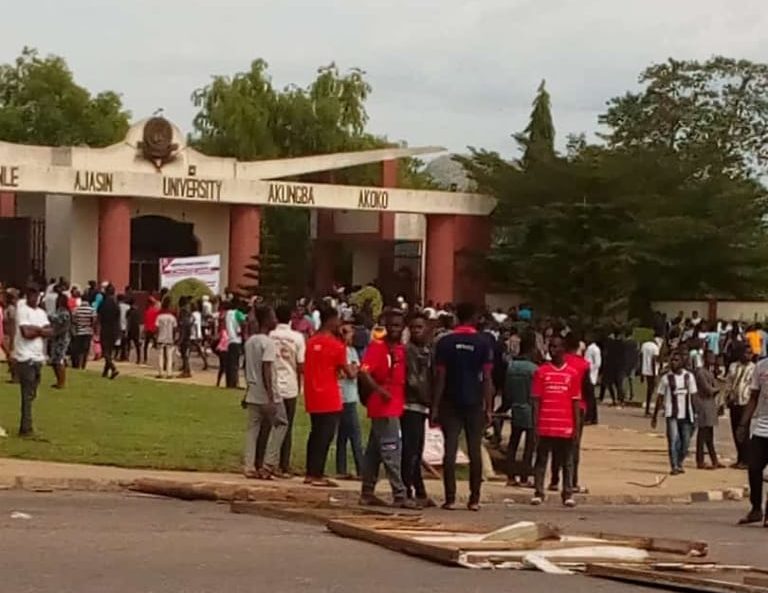 The management of Adekunle Ajasin University, Akungba-Akoko (AAUA) in Ondo state has announced a new resumption date after a protest against increment in school fees forced it to send its students on an indefinite mid-semester break in April.

A statement by the university’s acting Registrar, Opeoluwa Akinfenwa, on Thursday, directed students of the Ondo state-owned institution to resume to campus on Sunday 9th June 2019 to complete the remaining part of the first semester.

WuzupNaija reports that the management of the university had shut down the school on April 24 for three weeks following protests by students over hike in their tuition fee which led to a ‘no payment, no test’ policy by the authorities.

When the issue could not be resolved before May 20 earlier announced as resumption date, the management announced the mid-semester break would remain indefinite pending the decision of the institution’s Senate.

In a statement announcing the new resumption date on Thursday, the Registrar said the University’s first-semester exam will commence on Monday 17th June 2019.

“The Senate of the University at its emergency meeting held today, Thursday, 6th June 2019, discussed the resumption of students from mid-semester break.

Senate after deliberation decided that students should resume on campus for the remaining part of first semester 2018/2019 academic session on Sunday, 9th June 2019.

“This circular serves to bring the above decisions of Senate to the attention of students and the University Community for their information and compliance, please.”