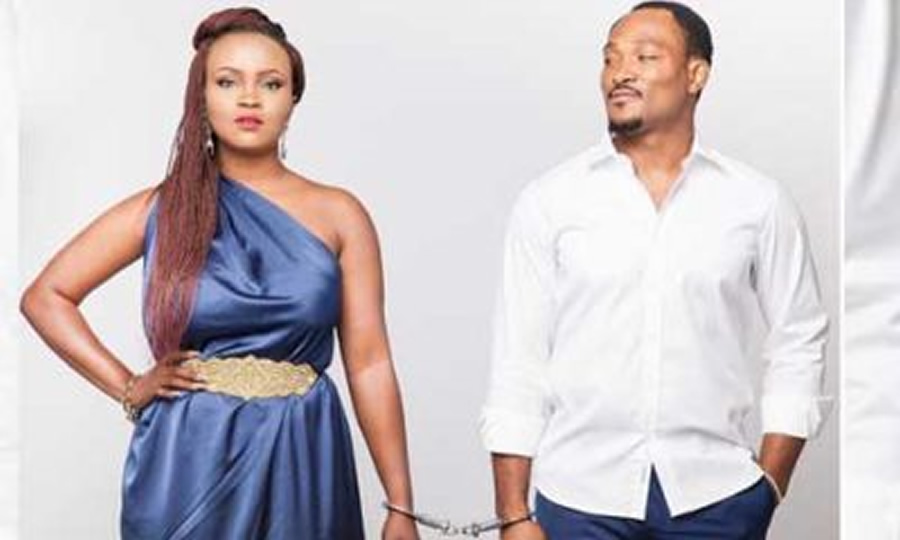 Following the marriage crises and reported separation of Nollywood actor, Blossom Chukwujekwu and his wife, Maureen Ezissi, an old video of the actor condemning divorce is making the round.

Perhaps the video could act as a subtle reminder for the popular actor who reportedly moved out of his matrimonial home recently because the union has not been blessed with any child.

Though the couple has neither debunked nor confirmed their marriage crises, an exclusive report from SDM confirmed that “the couple had problems conceiving and just when family decided to help them out with IVF, he moved out.

Blossom has also blocked Maureen on his social media platforms and his family members are “supporting their sons move.”

In an old interview with Broadway TV at the premiere of JOBA in March 2019, Blossom was asked, “Do you think divorce is the right answer to a failed marriage?”.

The actor in a lengthy response said, “Divorce is never an option”.

The movie JOBA is about the travails of a young Christian couple battling between their marriage and faith which resulted into the question asked by the interviewer.

Recall that It is whispered that Blossom and his ex-girlfriend, Lilian Esoro, have gotten back together and the actress is pregnant for him

However, the mother of one said she has not spoken to Blossom since their last movie.

Blossom Chukwujekwu and Maureen Esisi got married in 2016 and the pair have never shied away from professing their love on the internet.

Watch the video below